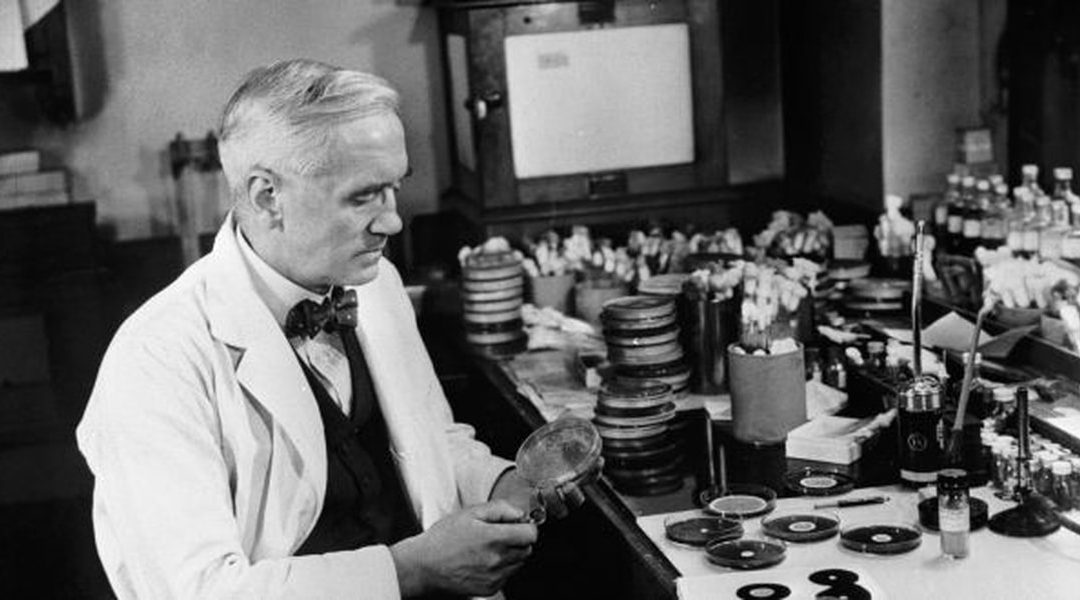 Penicillin is one of the most significant discoveries in the history of humankind since modern antibiotics were created from it and allow us to fight against bacteria and other pathogens that threaten life. At least three Swedish magazines in 2000 considered Penicillin the greatest discovery of the second millennium. This achievement is undoubtedly a watershed in medicine and history, but have you ever wondered how Alexander Fleming discovered it?

To put it in context: At the start of the 1900’s, humanity suffered from many deadly diseases that were very difficult to combat. Many scientists such as Louis Pasteur, Robert Koch, among others, helped create tools such as vaccinations and decreased mortality; however, there were still many illnesses that were not very curable once they were contracted. It is for these reasons that Penicillin comes as one of the protagonists of the story since this substance can fight different types of bacteria and deadly microorganisms once they are already inside the human body. 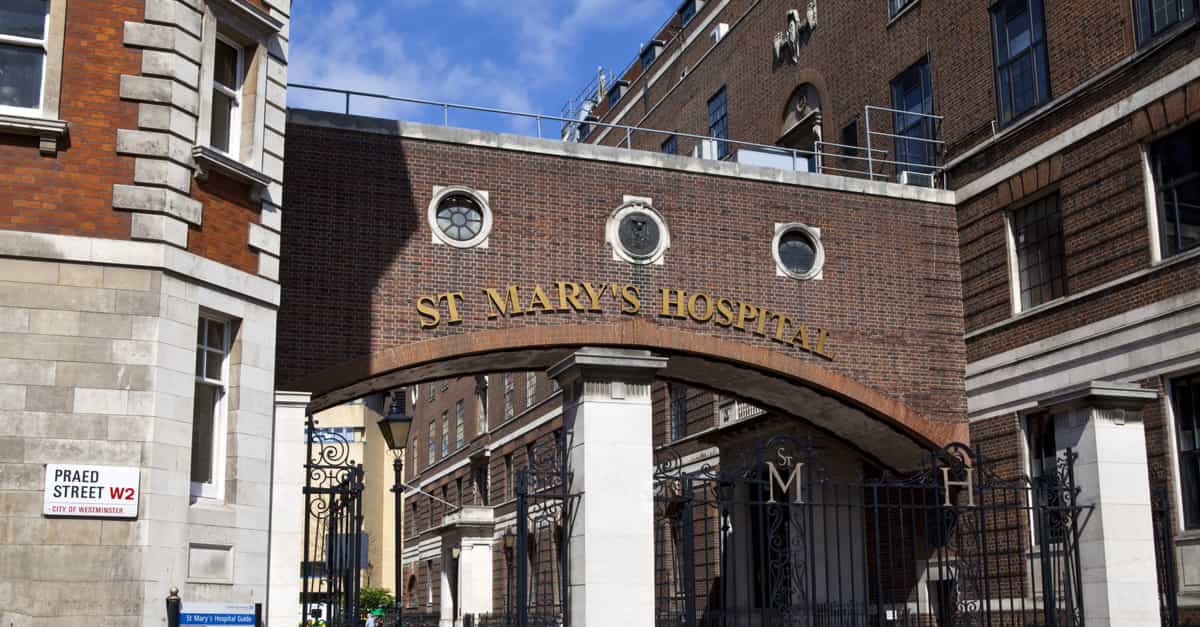 On 6th August 1881, Alexander Fleming was born at Lochfield near Darvel in Ayrshire, Scotland. Alexander was the seventh of eight children and was raised on the family’s hill farm, and by his effort, he came to the world of medicine. His early education was at Loudoun Moor school before moving to a bigger school at Darvel then in 1894 to Kilmarnock Academy. He moved to London in 1895 to live with his elder brother Thomas and completed his primary education at Regent Street Polytechnic. Fleming worked hard and paid for university studies that would lead him to be one of the greatest in modern medicine.

Fleming was the epitome of the old idea of the “man who makes himself.” From lowly origins, Alexander channeled his life to pay for studies that would lead him to the medical world, where he invented and developed one of the basic components of antibiotics, Penicillin.

For his medical studies, Alexander Fleming won a government grant to do research and development at St. Mary’s Hospital Medical School in Paddington. When he entered, he directed his research towards the natural defenses of human beings and their reactions to bacteria and pathogens in the body.

The Discovery of Penicillin 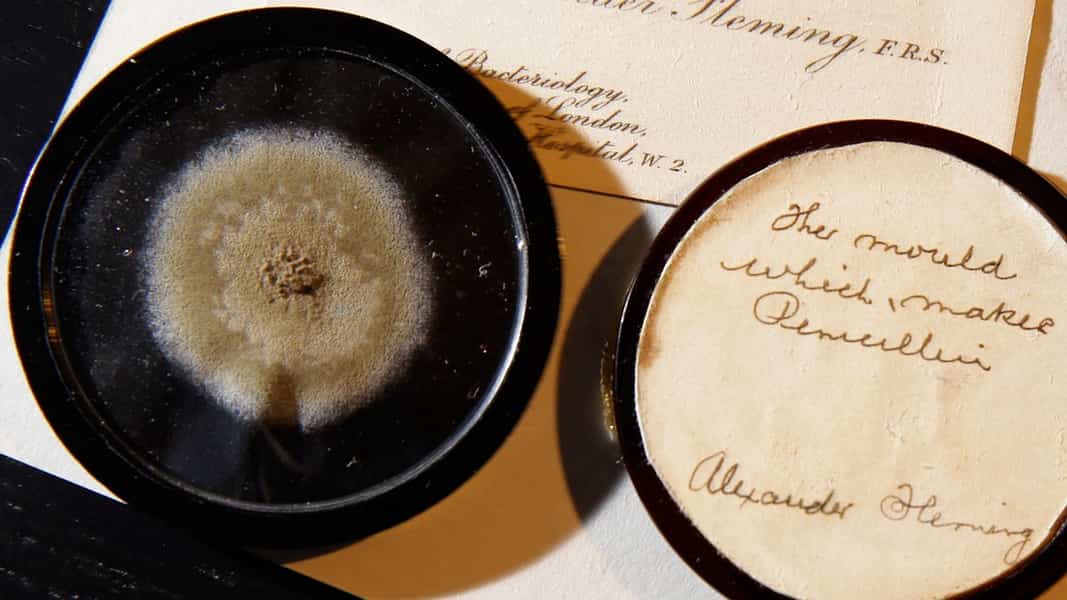 Before Penicillin, Alexander Fleming made a great discovery, that of lysozyme. In one of his investigations, drops from a sneeze fell onto a petri dish with seeded bacteria. A few days later, Fleming noticed that the petri dish had spots on it, and when he analyzed them, he realized that they were dead bacteria. This is how he discovered lysozyme.

Alexander Fleming lived in a time of war, and during his stay in France at the time of WW1, he witnessed many war-wounded people and how they died from infections in their wounds. There were antiseptics for such injuries at that time, but usually, they worsened the situation with more pain before death.

It was by chance that Fleming discovered Penicillin. In one of his investigations, in 1928, he was about to get rid of cultures with colonies of Staphylococcus aureus when he noticed something strange: a fungus. This fungus had grown inside the culture, and Alexander Fleming noticed that it had killed the bacteria around it. What Fleming saw we now know as the Penicillium notatum mold, the organism that produces a natural substance to defend itself against bacteria: namely Penicillin.

Thanks to the fact that he was a man of science, Fleming was curious to analyze the behavior of the culture and found that the fungus killed the bacteria around it. Here, Alexander Fleming had the theory that the fungus must produce some antibacterial substance.

He began to investigate and do meticulous experiments, verifying that the fungus acquired an important antimicrobial activity in pure culture. Fleming experimented with many types of bacteria that were then known to be deadly to humans, and with all of them, he found that Penicillin was an effective weapon to kill all of these species.

When he finished his experiments, in 1929, Alexander published his discoveries in the British Journal of Experimental Pathology. Fleming did not patent his discovery, and no one paid any attention to it.

It was not until 1941, 12 years after the discovery of Penicillin, that it began to give positive results since adjustments had to be made so that this substance did not cause any harm when it entered the human body. It was in this year that his discovery was internationalized and helped combat many deadly diseases of that time. One of the most important was Syphilis, which at that time had no cure and was practically fatal for those who contracted it. Thus it was that the foundations of modern pharmacology were laid.

In World War II, the antibiotic aroused the interest of chemists. The German Ernst Boris Chain and the Australian Howard Walter Florey developed a method to synthesize Penicillin and started production plants in the US. In 1945, they shared the Nobel Prize in Medicine with Alexander Fleming.

Bottom Line – Alexander Fleming was one of the greatest in medicine, making two great discoveries within this area: Lysozyme and Penicillin. He had the honor of winning the Nobel Prize and being named one of the most important characters of the 20th century by different sources. No doubt, his discoveries will continue to be remembered just like him, who must be mentioned in every modern medical book.