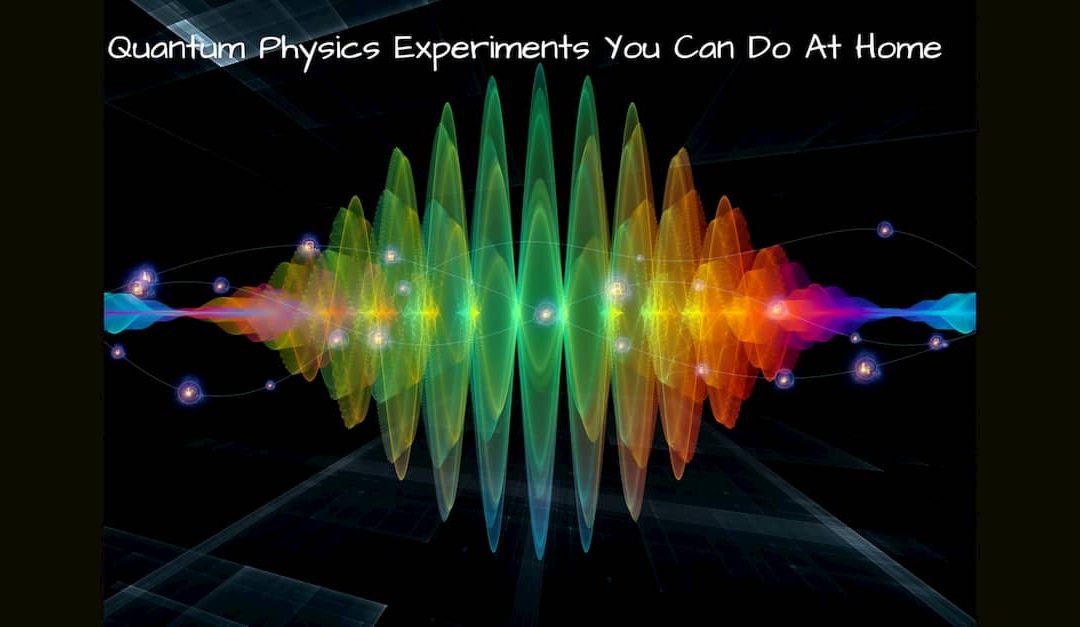 Science can be fun, and proof of that is the many experiments that can be done from home with friends and with the little ones to learn a little about quantum physics. Children love experimenting and here we will show you four quantum physics experiments you can do at home. Lets get started.

What is Quantum Physics? 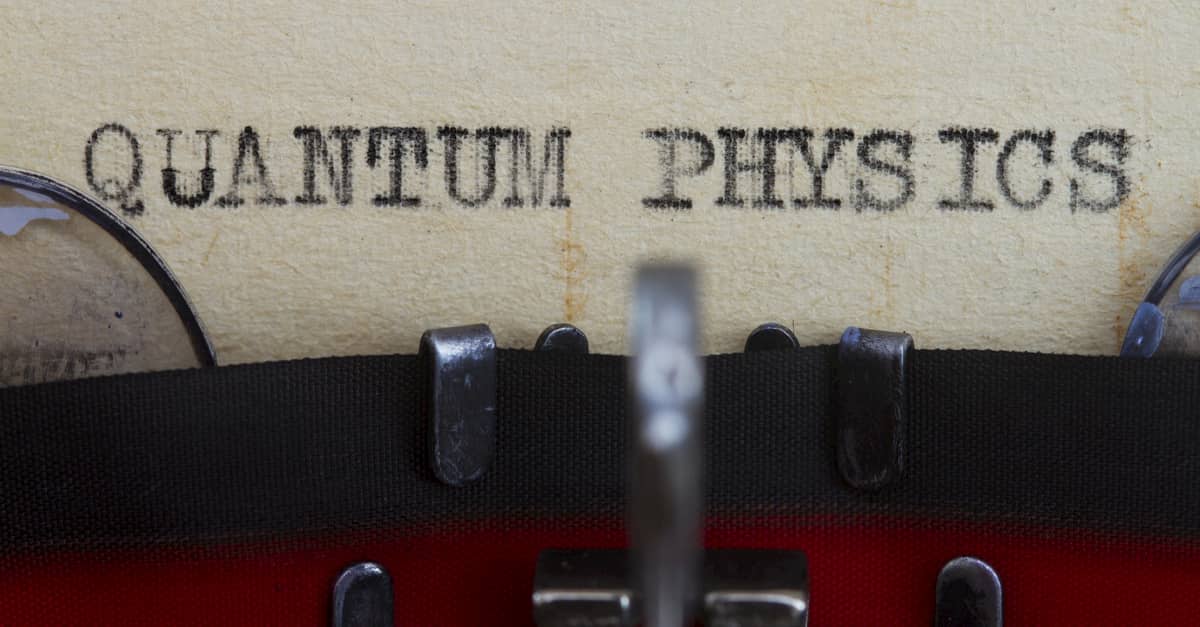 Quantum physics is the branch of physics that studies the field of what is not seen. That is non-measurable phenomena from the point of view of all its possibilities. Its object of study is the behavior of minimum dimensions of matter such as the atom and the particles that compose it, their location’s impossibility, and the indeterminism of said particles.

Human beings are part of and immersed in that quantum since we are made up of atoms with immense possibilities, though being a reality that we create in the universe. This is energy, the universe is made up of thousands of energies, and we are all connected by them. 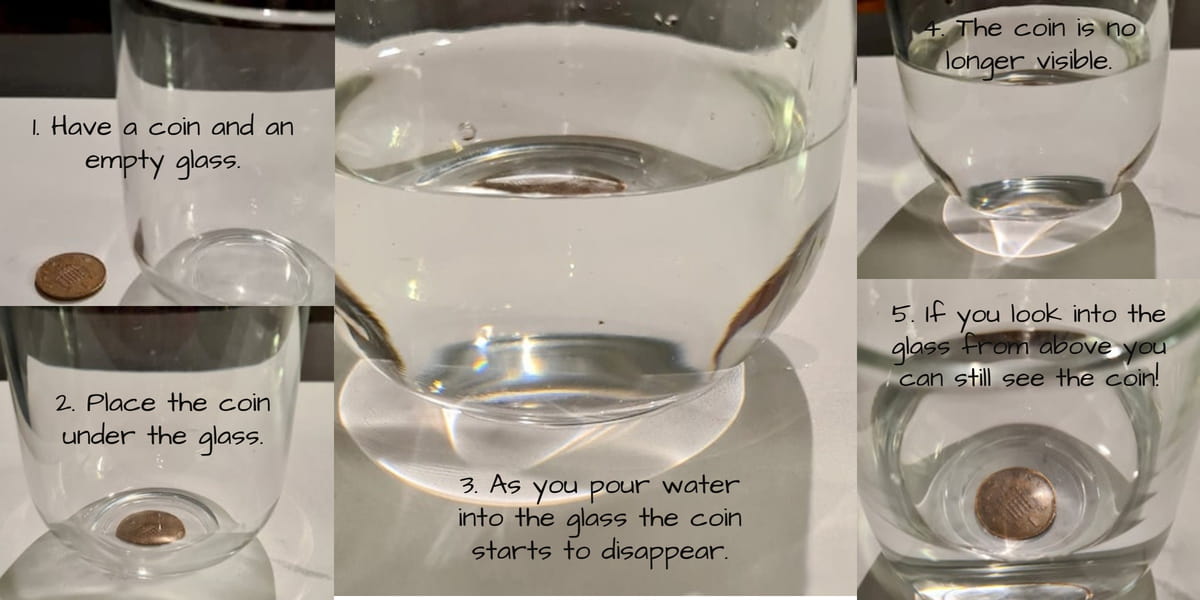 Classical physics thought that photons behave similarly to two balls on a table; when one is thrown from above, the ball bounces or is reflected in the case of photons. This experiment shows that this is not always the case:

Materials – The materials you will need are a coin, an empty glass, and some water in another container.

Process – What you have to do is place the coin under the glass; at this stage, you will be able to see the coin sitting under the glass. Now looking through the side of the glass, pour some water in little by little. As you pour the water into the glass, there will come a point where you cannot see the coin. How is it possible if glass and water are two transparent materials?

Conclusion – The water inside the glass acts like a mirror and makes the beam of light reach our eyes, still seeing the glass and the water clearly, but there is no internal reflection, so the coin can no longer be seen from a certain angle.

2 – The CD and the Laser Light

From the point of view of quantum physics, all forms of energy present a wave motion; that is, they are transmitted by waves. This can be demonstrated through the following experiment:

Materials – For this experiment, you will require a laser pen and a CD.

Process – What you have to do is take the laser and point it towards the CD, trying to maneuver the CD so that it reflects the laser light. What you are going to observe on the surface where the light bounces will be many points of light as if you would have pointed multiple lasers at the disk.

Conclusion – The energy moves through waves, and the effect produced by the disc is demonstrated by reflecting several points of light with the laser since the CD breaks down the waves that are traveling.

3 – White Light and a Prism 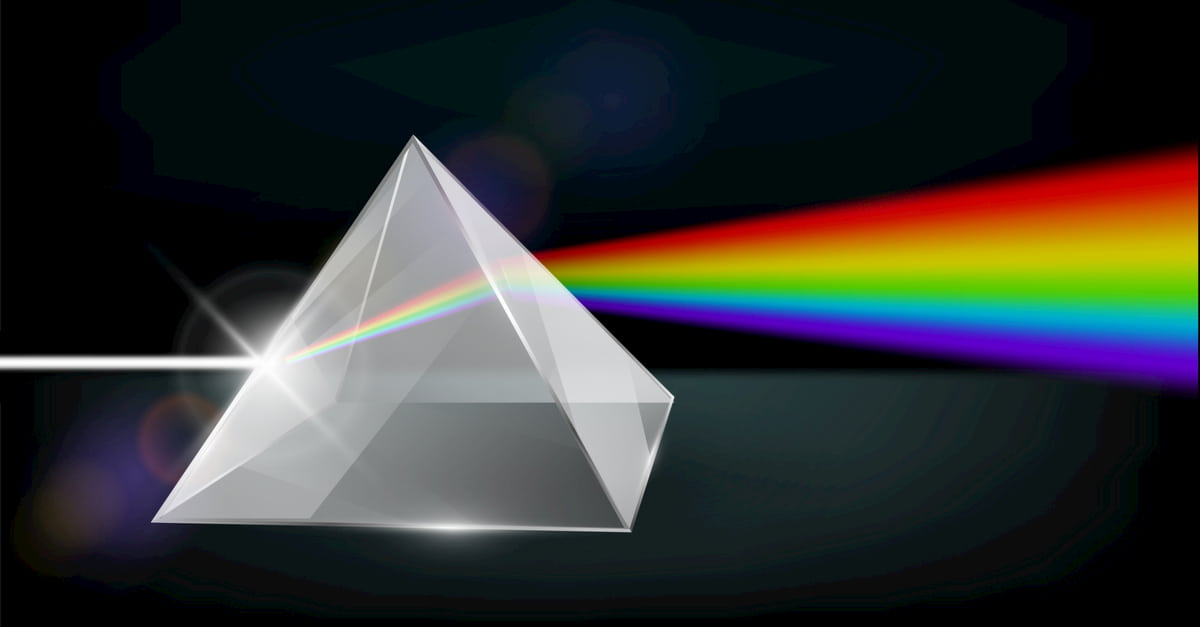 Materials – For this case, you will only need a white light and a prism.

Process – You place the lamp on the base of a prism. The next thing you will observe is that a blue tone is seen at the base where the prism meets the lamp; it disperses until it reaches a yellow tone and finally red.

Conclusion – When a collision of multiple photons reaches a surface that is capable of transmitting these types of particles, they are scattered along the surface. The distribution of colors is given because blues are easier to distribute than reds, so some colors are seen before others.

This phenomenon can only be explained by quantum physics since it shows that particles and energy are quantized and allows and explains the transmission of energy and behaviors of this.

Materials – This experiment is a bit more elaborate, but it is worth it. First, you need an LED flashlight capable of transmitting red, green, and blue light, a UV light if you have one,  and a phosphorescent material such as glow in the dark stars.

Process – What you have to do is put the phosphorescent material in a stable place. First, you will turn on the flashlight’s red light and point it to the phosphorescent material. You will be able to see that it does not shine, nor is there any change. The second thing is to point the green light towards the material, and you will notice a slight change. Finally, you are going to target the blue light and what you will see is a significant change in the brightness that the material absorbs. Finally, if you have it, you can point a UV light lamp towards the material, and you will see how there is a significant change, much more than with blue light.

Conclusion – The absorbed energy excites the electrons in the outermost layers of the atoms that make up the molecular structure, causing them to move to higher-energy orbitals. But this situation is not stable; the atoms of the molecule tend to return to their original state; that is, those excited electrons are returned to the lower energy orbitals. In this process, part of the energy absorbed in irradiation is released in the form of visible or infrared light; hence, you can see them shine. In the case of red light, it excites electrons less than green light and less than blue light, so there are more changes. Ultraviolet light is the one that most excites the atoms of the phosphorescent material, so with this type of light, you can see a more remarkable change in brightness than in the previous ones.