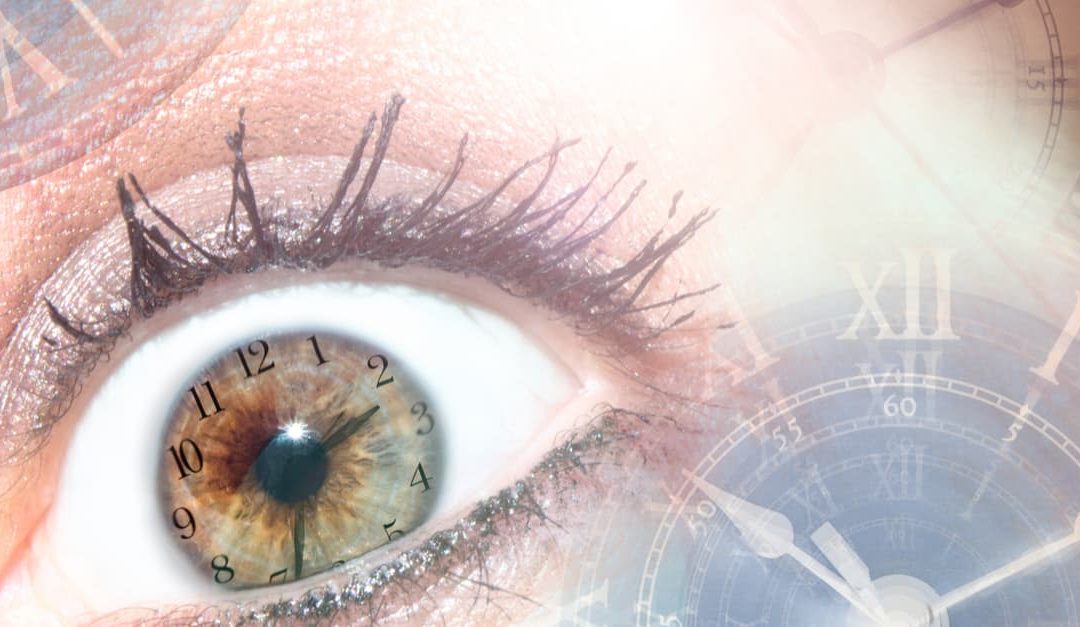 Many concepts in quantum physics speak to the effects of light, time, and how those might affect our idea of time and aging.  If one simply looks at the tenets of Einsteins Theory of Relativity, it would seem that light and its speed would seem to either slow down or accelerate the process.  Time Dilation, a concept that examines how the speed of light affects time noting that a clock closer to a massive object will tick more slowly than a clock farther away from the gravitational source.  Indeed, it has been observed that time moves slower in a minuscule way even between one clock at the bottom of a set of stairs, and another at the top.  This is because the clock at the bottom of the stairs is closer to a massive body, the Earth, than the clock at the top.

Einsteins Special Relativity also speaks to light, time and aging.  It posits that a clock in motion around a non-moving clock will click more slowly, again, in a minuscule way, than a clock that is stationary.  So, what does this tell us about time, how we perceive it, and whether or not we would age if moving at or near the speed of light?  Theories suggest that our perceptions of time depend upon light and its illumination.  Moreover, the question raised here also opens ideas about chronological age versus that of biological age. After all, there are many who are often seen as younger than their chronological age due to their appearance and vice versa.  So what is the difference, and how do light and time affect our concepts of age, both chronological and biological?

Light, Time and the Question of Aging

It seems that first, we need to examine whether or not light and time, as a linear concept, affect biological aging in different theoretical circumstances. Without raising dense, philosophical ideas, the initial answer is different sets of physical circumstances would indeed affect biological aging.  The molecular structures that cue the effects of growth and biological development are themselves affected by time.  And since biological aging and chronological aging are subject to light and its effects, they would, indeed, be affected accordingly.˜ Light, or the absence of it, causes the production of melatonin.  Melatonin, in turn, tells our bodies when it is time to rest and sleep.  As cycles of days affect what are called our circadian rhythms, our bodies get used to going to bed at certain times and rising at others, for the most part, activities set into motion by light, and time.  Aging, biologically-speaking occurs over years of our bodies being subjected to days, and our molecular structures respond to both time and light, as such, in both chronological and biological ways. 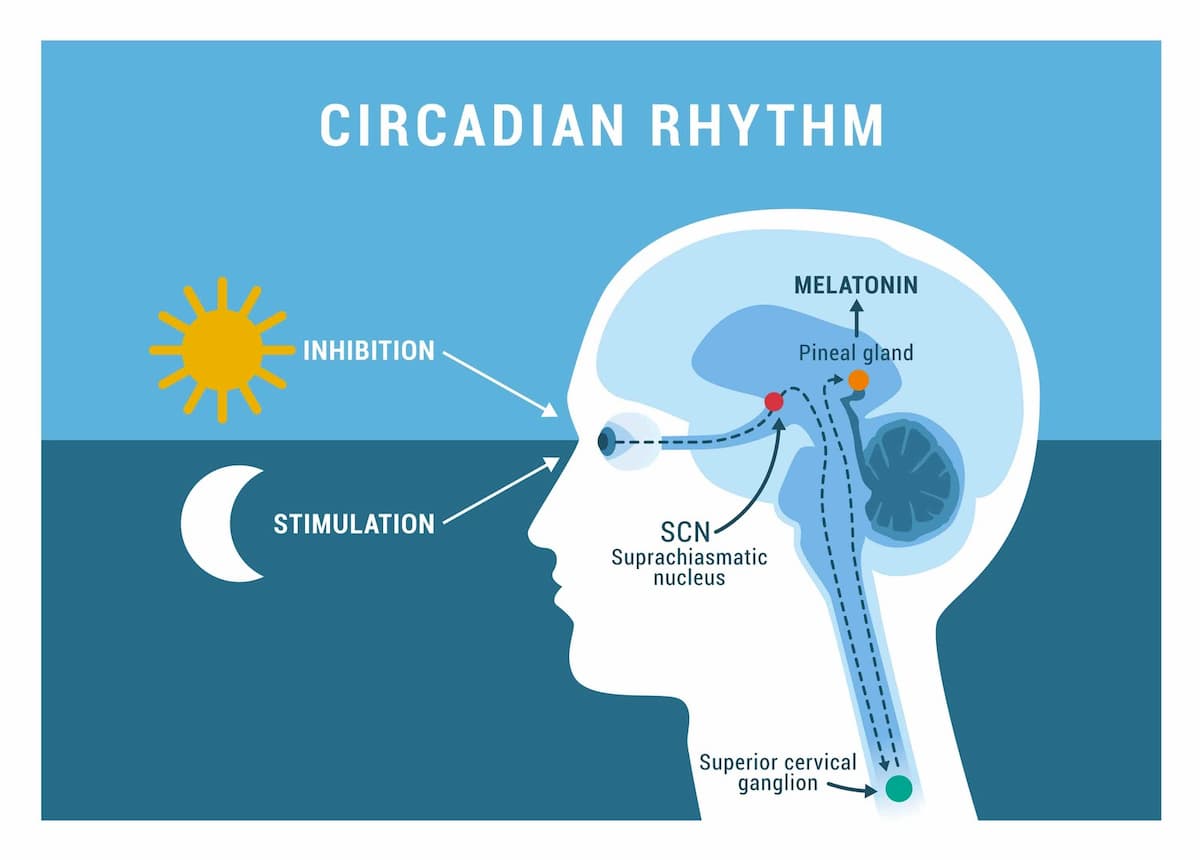 But how would different, altered circumstances affect biological and chronological aging?  To explore this further, we need to look more closely at both types of aging, and how light and time affect them.

There are many ways we could discuss how light and time affect chronological aging, but one of the most mind-blowing and interesting theories has to do with Black Holes.  To probe this further, we must first understand what black holes are, and what they do to light.  There are two types of black holes.  Some scientists would argue there are four types, with the third type only having been indirectly shown.  Moreover, the basis for its formation does not align with the known ways in which the other two types form.  The fourth type is, of course, quite interesting but not necessary to delve into, in this article.  So, for purposes here, we will briefly discuss the two major known types — Stellar, and Super-Massive.  Black holes form when a star of huge proportions collapses in on itself at the end of nuclear fusion, the process which keeps a star burning.  The difference between the two types has to do with their mass.  A Stellar Black Hole is smaller, and probably recently-formed in terms of time with regard to the Universe.  A Super-Massive Black Hole is older in terms of Universe time, and the largest known is many million times the mass of the Sun.


When a star collapses, it creates a dense core so heavy and so gravitational that it literally punches a hole in the fabric of space.  The gravity around the edge of this formation, the Event Horizon, is so great, nothing escapes it, not even passing photons of light.  So, if you were to watch someone fall into say a Super-Massive Black Hole because the light shining on them, allowing you to see would be pulled into the black hole as well, they would appear to stop at the edge of the event horizon, and hang there, unmoving.  Some physicists claim that because light, crucial to our perception of chronological time, would be pulled into the black hole, that if you looked back out of the black hole as you fell in, and were somehow able to stop your descent, you could theoretically see the future of the entire universe take place in front of your eyes.  For all intents and purposes, chronological time would be arrested, and become meaningless. 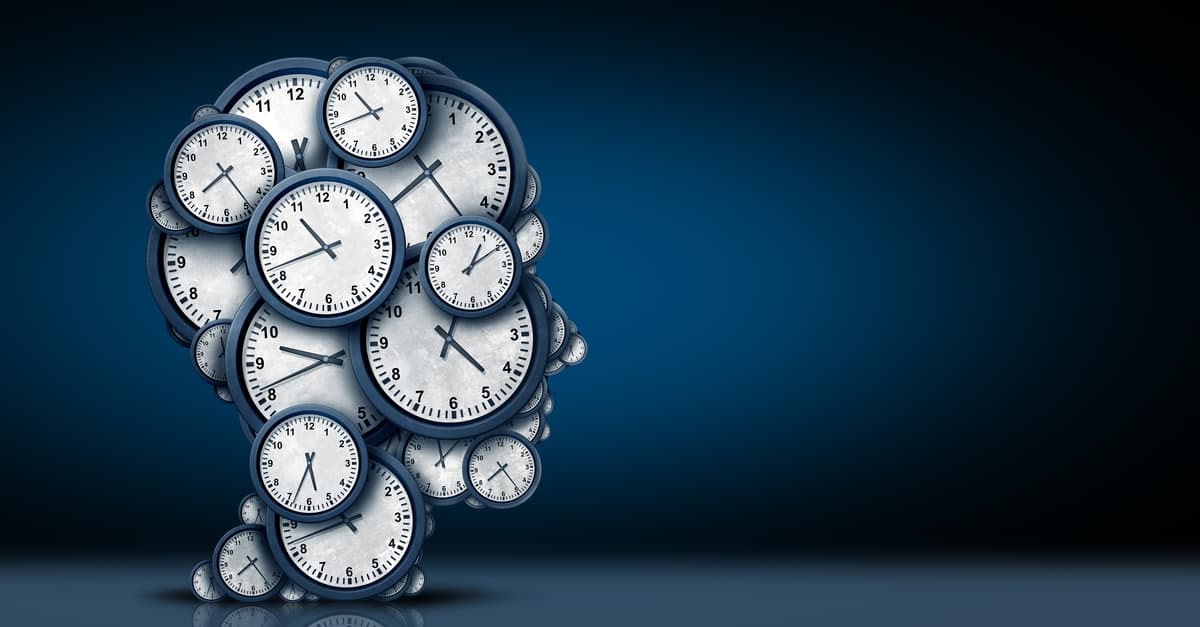 Taking the same situation as above, were light to cease hitting your body, your internal processes would be slowed as well, theoretically.  Moreover, the effect of gravity, before pulling you apart, would destroy the molecular structure of your cells, and the basic components which make up your body would be reduced to their most basic forms, possibly even reduced to some form of smaller particles which we have not discovered.  The fact is, we do not know precisely what goes on inside a black hole because nothing can escape it, and nothing can resist its destruction.  So, perhaps it is more useful here to speak in differing terms.

Lets say you are an astronaut who has spent several months in space, farther away from the mass of planet earth.  Remember the staircase example at the beginning of this article?  Well, according to scientific observations:

. . . an astronaut returning from a space journey at relativistic speeds (where the effects of relativity start to manifestgenerally at least one-tenth the speed of light) would, upon return, be younger than same-age friends and family who stayed on Earth. Exactly how much younger depends on exactly how fast the spacecraft had been moving and accelerating, so its not something we can readily answer. But if youre trying to reach an exoplanet 10 to 50 light-years away and still make it home before you yourself die of old age, youd have to be moving at close to light speed.


So time and light, while it would only reduce your aging in small amounts, would biologically make you younger than your mates remaining here on Earth.  As stated earlier, the farther away from a massive body you are, the slower you age, biologically, because gravity plays a role in how your internal systems conduct themselves.  These systems, crucial to how your body ages, would be slowed.

While we have not yet discovered a way to dodge the effects of time and aging, and growing older is still inevitable, it is still fascinating to explore and better understand how seemingly disparate entities such as light and time, actually play central roles in how we age, both chronologically and biologically.  We dont have all the answers as to why light and time and aging are so related, but we do know that the absence of one affects the others greatly.  So, when someone or something makes you feel disconnected from the fundamental forces that govern things around us all, some of the most basic components of existence, just know that it is all interconnected and that without one piece of the puzzle, the whole balance shifts.  Likewise, as part of the Universe, you are affected by fundamental components within it.  So remember that we humans may be small insofar as size and space go, but we share unity with all things that do not separate and is universal.