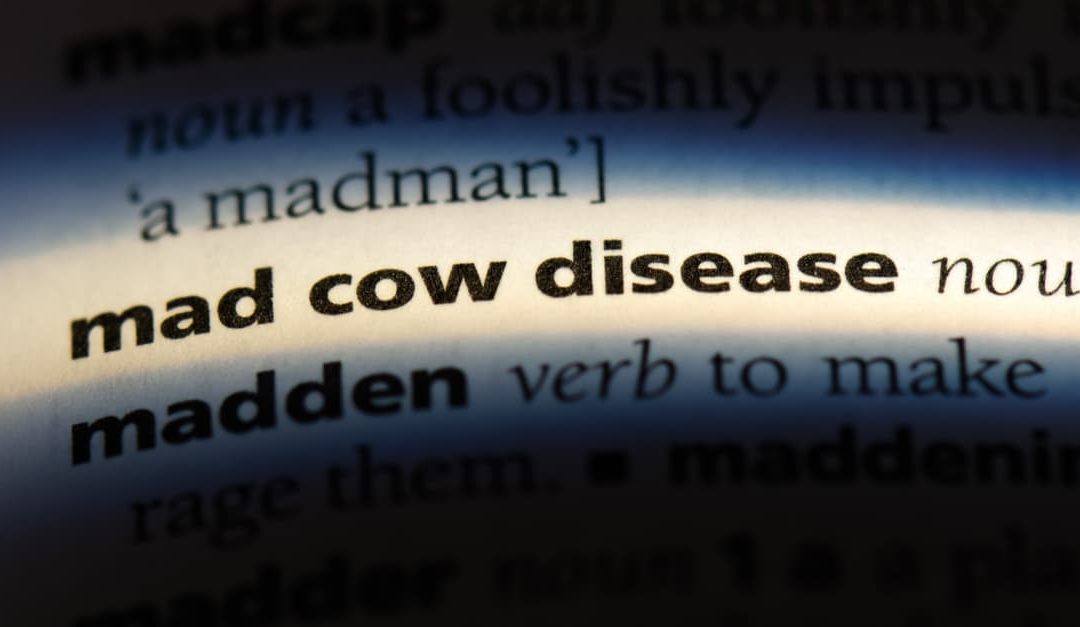 Bovine Spongiform Encephalopathy (BSE) or “mad cow disease” currently represents a real public health problem worldwide. Initially confined to the United Kingdom and overcoming the epidemiological measures put in place for its control, this disease has managed to spread during the last few years to different countries in Europe and Japan. 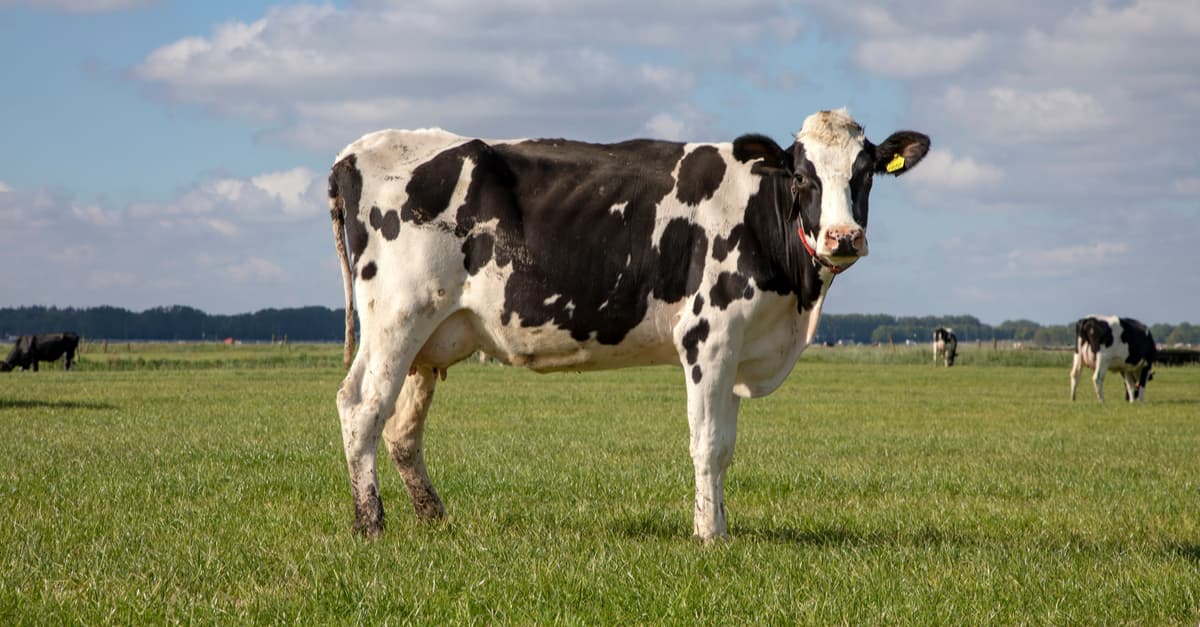 Mad cow disease was recognized as a new animal disease following the “mad cow” epidemic that occurred in England during the period 1989-92, although the first cases were detected in 1986. It is estimated that during this epidemic, some 200,000 cows (mainly adult Holstein-Friesian dairy cows) succumbed to the disease, and another 4,500,000 (asymptomatic cows under 30 months of age) were slaughtered as an epidemiological prevention measure. It has also been mentioned that more than 1 000 000 cows were infected, but most of them did not develop the disease because they were slaughtered for human consumption between 2 and 3 years of age.

The involvement at the same time of numerous cattle herds located in different regions of the United Kingdom, with no possibility of inter-herd contact, ruled out at first the possibility of horizontal or vertical transmission of the disease between cows, as well as any genetic alteration as a probable cause of mad cow disease. Epidemiological studies carried out during the epidemic determined that the oral route of infection was the route of infection since it was a national practice to feed cattle with nutritional supplements based on meals obtained from meat offal and bones of carcasses and other livestock. In fact, the epidemic ceased just as the government of England banned the commercial distribution of such feedstuffs.

Cause of Mad Cow Disease 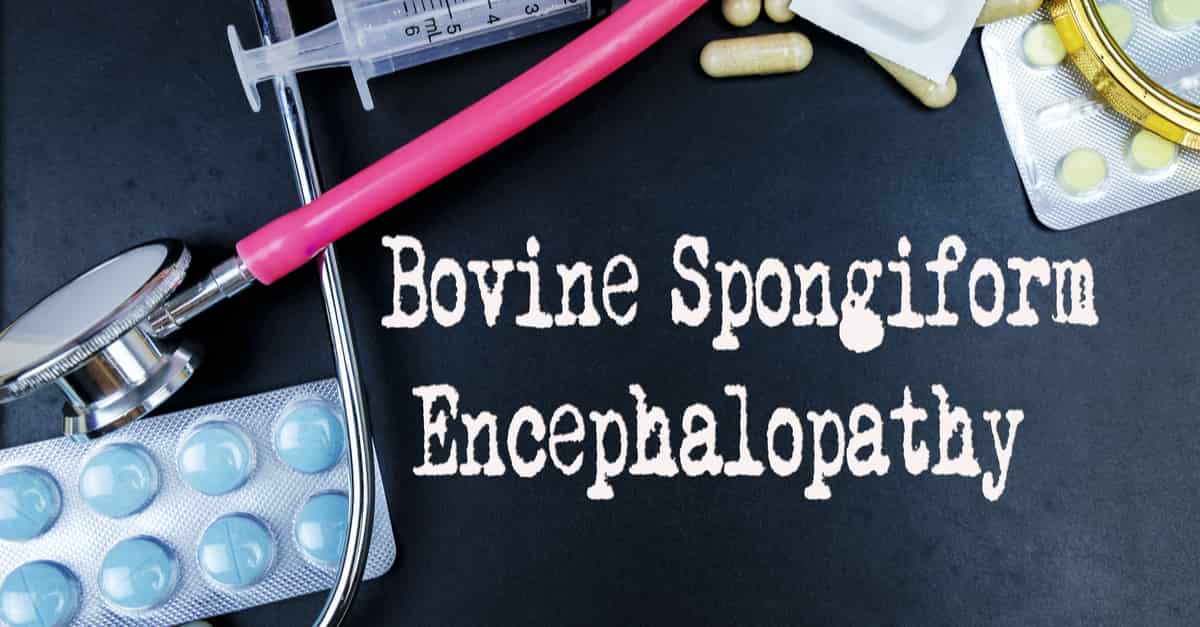 Bovine spongiform encephalopathy disease appears to be caused by the presence of abnormal prions from sheep with a similar disease affecting sheep called “scrapie.” Cows acquire these prions from feed enriched with sheep meat and bone meal, the manufacturing process of which had been modified in the early 1980s.

It is not certain whether there is a possibility of transmission of these prions between animals of the same species (cow-cow), so if the way cows are fed is modified, the epidemic may disappear, and this is what the trends of the main epidemic in Great Britain point to. 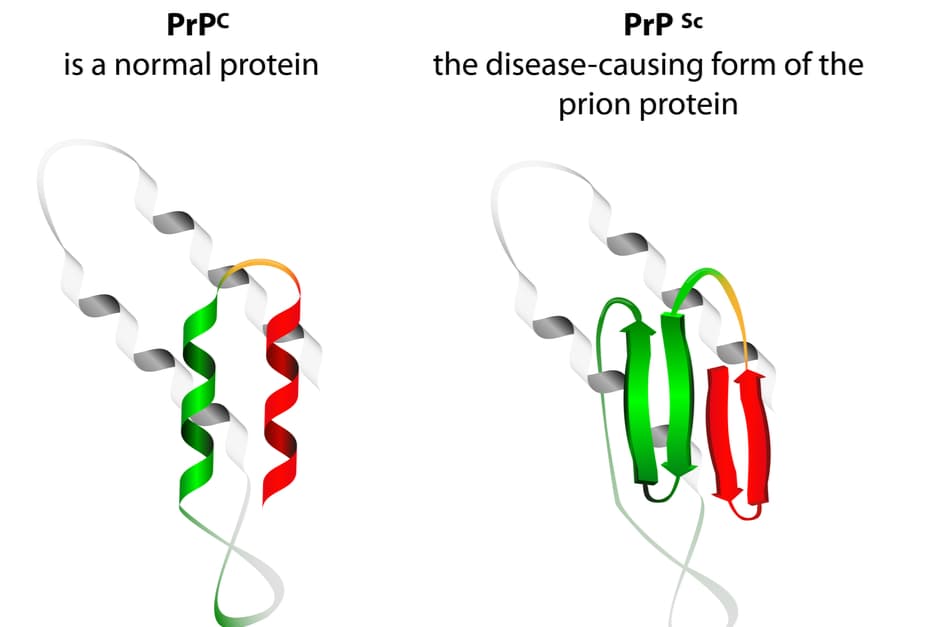 Prions are proteins on the surface of nerve cells that can infect other cells, i.e., they can reproduce just like the bacteria and viruses that produce the usual infectious diseases. In normal cells, there are these normal prions called protoprions, but when their structure is changed by gene mutation or by the influence of prions (scrapie) of another origin, they are transformed into prions with the capacity to produce different brain diseases.

Prions are very resistant to different environments and therefore can penetrate via the digestive tract despite the acidity and adverse conditions of the mammalian digestive tract. 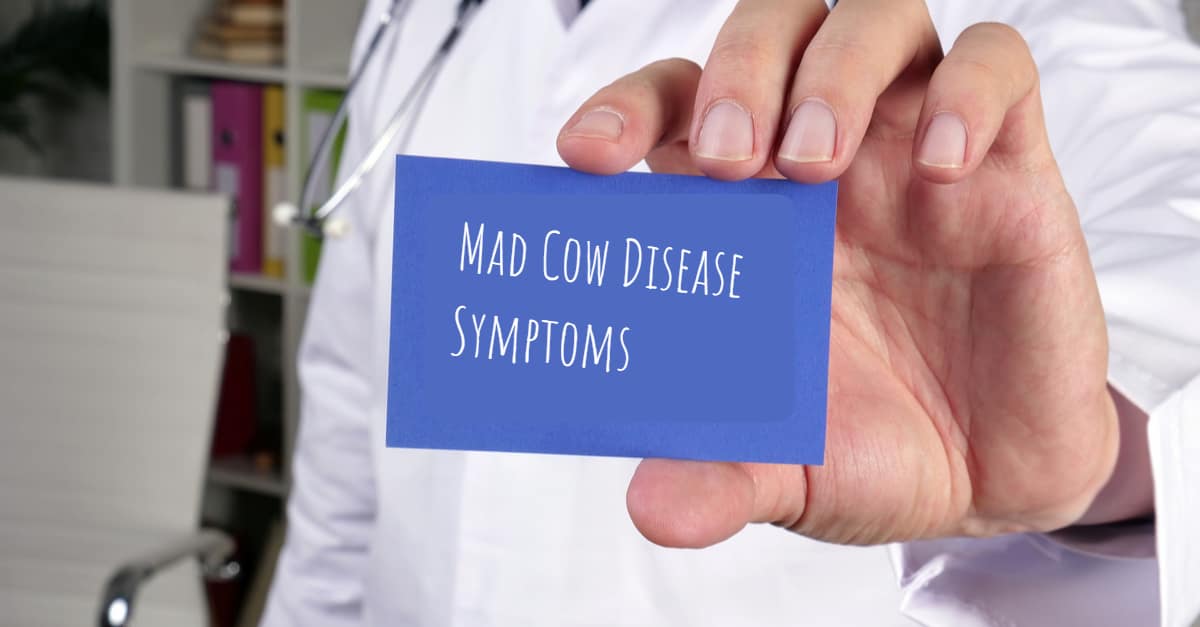 A common symptom of mad cow disease is a lack of coordination. A sick cow has trouble walking and standing up. A cow containing the disease is likely to act in a very violent or nervous manner, which is why it is called “mad cow disease.”

It often takes 4 to 6 years from the time an abnormal prion infects a cow until the first symptoms of the terrible disease appear. This is called the incubation period. During the incubation period, there is no way to tell if a cow has BSE with the naked eye. Once a cow starts showing symptoms, it gets sicker and sicker until it dies, usually within two weeks to six months. As yet, there is still no treatment to successfully cure this disease, nor has a vaccine been developed to help prevent it. 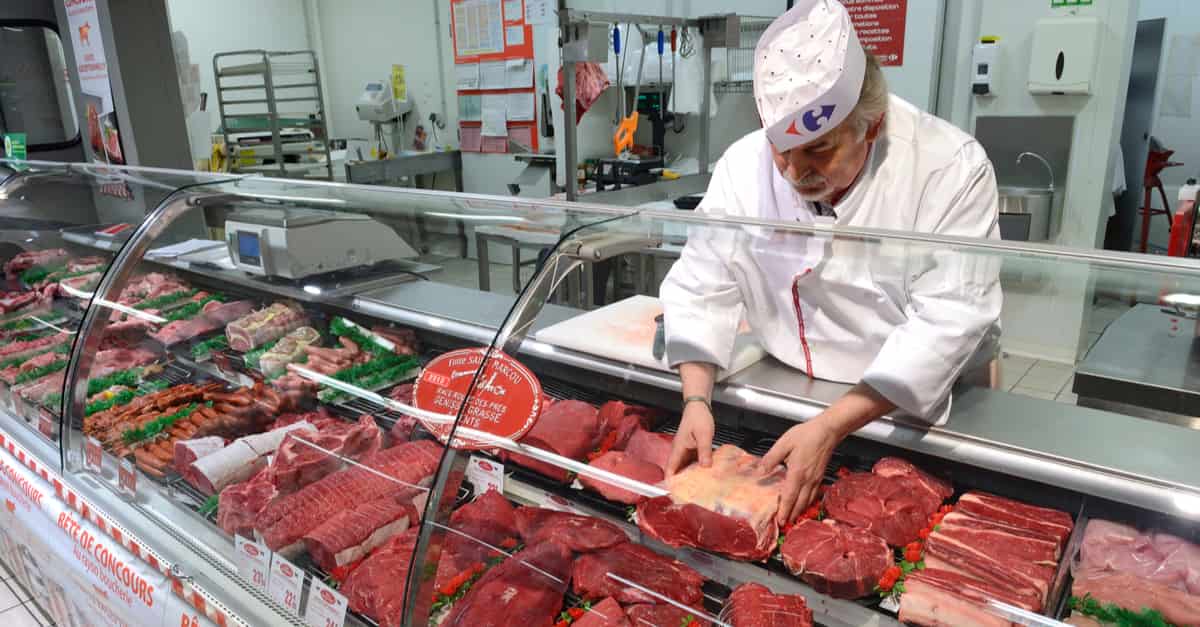 Between May 1995 and March 1996, the CJD Surveillance Unit detected 10 cases of CJD in people under 45 years of age (including several adolescents) from different regions of Great Britain, with clinicopathological features different from those described in human PDs known to date, which is why the term nvCJD was adopted to refer to these particular cases.

Although there is the possibility of transmission of mad cow disease through implants or injections of medical materials related to their manufacture or derived from contaminated bovine products (e.g., catgut sutures and human vaccines), as well as the occupational risk of infection via the conjunctival route in workers in slaughterhouses, butcher shops, and animal feed mills, oral transmission through consumption of the specific risk materials has been considered the main route of mad cow disease infection in humans to date. 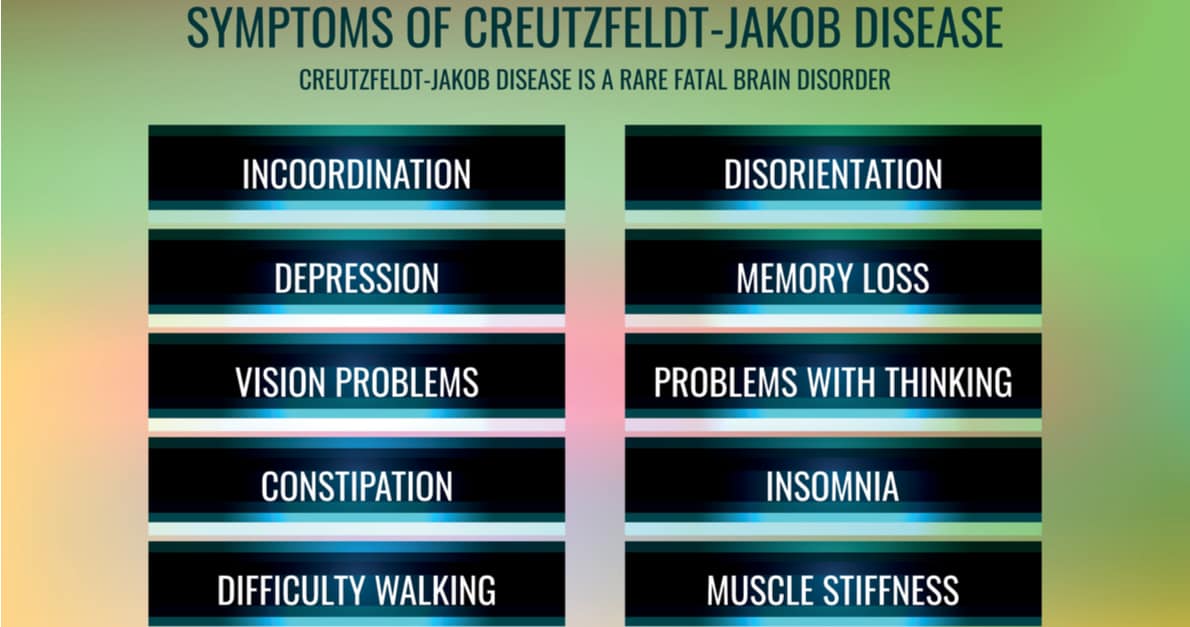 80-90% of CJD cases worldwide are sporadic. It has a universal distribution and affects patients between 16 and over 80 years of age, with 80% of cases between 50-70 years of age, with no differences in incidence by sex. Early symptoms of Creutzfeldt-Jakob disease in humans include dementia, problems with memory retention, personality changes, problems with thinking and judgment, as well as difficulty with muscle coordination. It is possible for humans to suffer from this disease, and people who get it may also experience depression, insomnia, or body and mind sensations other than normal. As the disease progresses, the patient’s mental deterioration becomes more acute. They often begin to have involuntary muscle contractions, and eventually, patients lose the ability to move, speak and fall into a coma until they die.