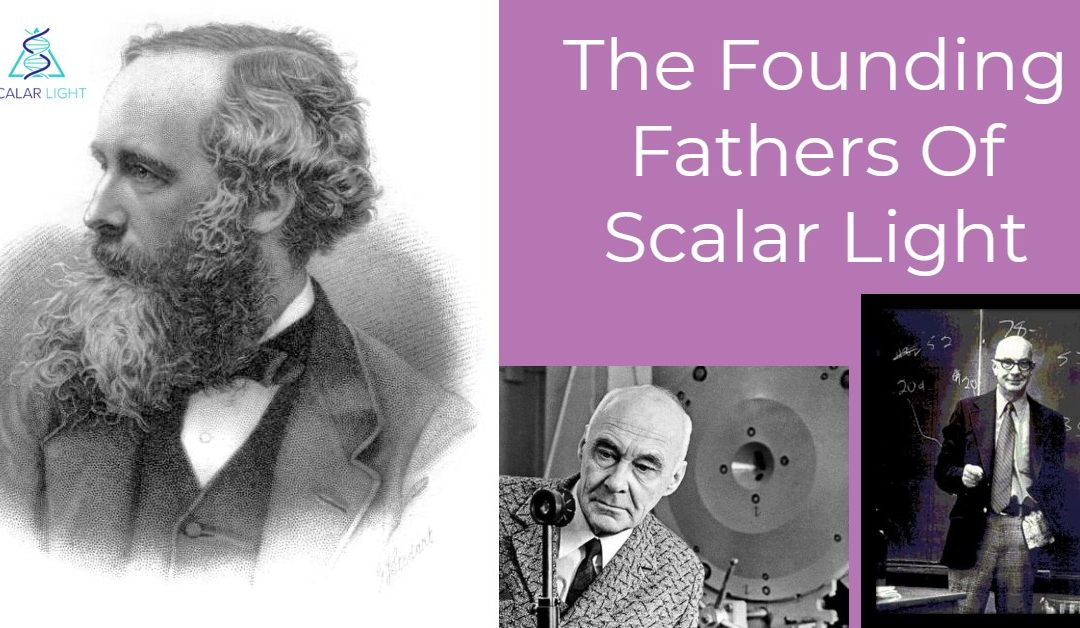 The Discovery of Scalar Light

What is Scalar Light?

The waves that exist in the vacuum of space constitute an ocean of infinite energy called scalar energy. These new energy waves are called “longitudinal” EMs (electromagnetism) to distinguish them from “transverse” EMs.

Scalar Light and The Human

The cell of each living creature is a basic element, a cell consists of a molecule, which in turn consists of atoms, a small particle contained in these atoms is “quantum” and generates waves. Therefore, the basic unit of all living things is a “quantum wave”.

Everything on Earth is made up of atoms, each atom contains a neutron, an electron (-) and a proton (+). They attract and repel each other, causing vibrations. This vibration generates energy.

The basic principle of scalar energy technology is based on the fact that objects are made of atoms, these atoms have an energy formation (waves) and a vibrational character.

The human body has a similar energy model, each cell of the body has its vibration frequency and its energy form, the interval and the frequency are correlated as 6:8, this is the natural healing rate of the human body.

According to the principle of scalar energy technology, this energy from the human body is described as the third form of energy: “subtle energy”, and not as ordinary electricity or magnetism.

Cellular DNA sends and receives ‘top link’ vibrations and Qi energy (a concept of Eastern medicine in Tibet), which controls the interaction of cells, therefore our white blood cells can detect pathogenic microbes and the entry of nutrients and harmful substances in our blood and lymph nodes. All these organic processes are controlled by this signal (vibration) from each cell.

Could The Ancient Egyptians Have Known of Scalar Energy?

The first mention of the phenomenon, which in the modern world is called “scalar light or energy,” can be found in a detailed analysis of the materials from numerous excavations carried out by modern scientists and archaeologists on the west bank of the Nile in Egypt.

As a result of these excavations in the ancient walls of the Egyptian temples, the power of the influence exerted by the pyramids on people and objects in or around the pyramids was mentioned.

The power of the pyramids depended on the combination of materials included in the building blocks that were used in the construction of pyramids and temples. Today it is well known that the pyramids in Egypt have a series of mysterious and unknown properties, which can positively or negatively affect (depending on the composition of the building’s structures) the people around them, the plants, and the animals.

The separate parts of the transcribed records on the walls of the temples of ancient Egypt allow scientists and archaeologists to assume that we are talking about scalar energy. At the same time, there is no reason to believe that the ancient inhabitants of the majestic Egyptian civilization knew the secrets of this energy, it is only the fact that they have many observations that certain materials used in the construction of the pyramids have an inexplicable effect in their space and surrounding organisms.

The Founding Fathers Of Scalar Light Energy That We Know Of 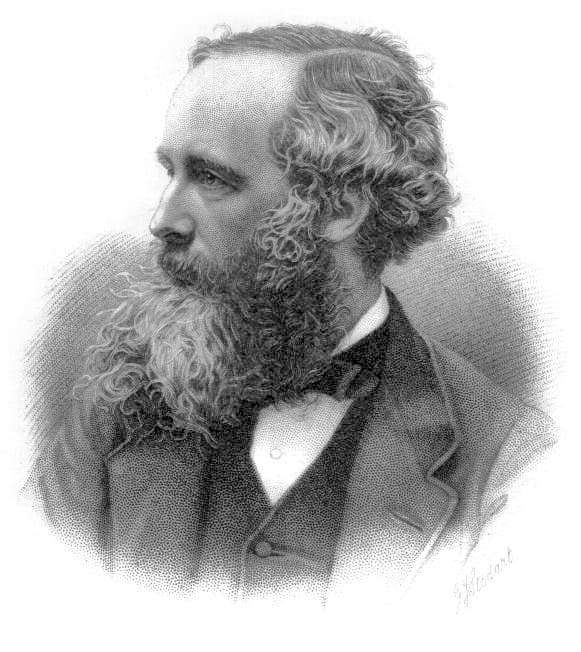 The first known and outstanding scientist of his time, who mathematically (theoretically) explained and tested a phenomenon like scalar energy, was the famous Scottish scientist, physicist, and mathematician James Clerk Maxwell. In 1856, a century earlier, he discovered a new type of energy, which we now know as scalar light or scalar energy.

James Clerk Maxwell’s work was of a huge theoretical nature, because due to the underdevelopment of the scientific, technical, material, and technological basis at the time, it was still impossible to test his theory in practice or obtain at least some benefit from the results. However, the beginning was established and in the next decades, many great scientific minds of the world were interested in studying the theory that he founded.

In the 1920s, seventy years after the discovery of the scalar energy phenomenon by James Clerk Maxwell, another brilliant scientist, Nikola Tesla, was very interested in his theory. Contemporaries considered Tesla “the man who invented the twentieth century” and “the father of modern electricity.”

After moving to the United States, Yugoslav scientist, mathematician, and electrical engineer Nikola Tesla finalized Maxwell’s theory and proved the accuracy and validity of its assumptions. He was the first of the world-famous scientists to propose considering scalar energy as a constant and universal energy source. 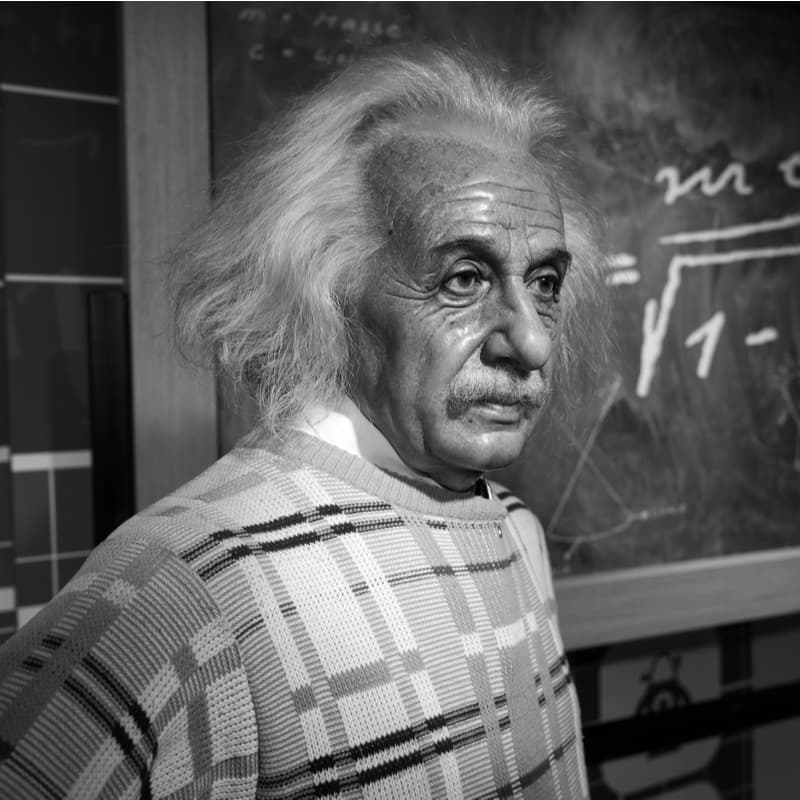 Around the same era as Nikola Tesla, another prominent scientist of our time, Albert Einstein, worked on the theory and practice of applying scalar energy to life, who in his 1920-1925 scientific work focused on the refinement and development from the work of James Clerk Maxwell’s scalar energy theory.

The main idea of the work of all the scientists mentioned above is that, in ordinary life, a person is exposed to various types of radiation, electromagnetic waves, and frequencies. This effect is easily measurable. However, scalar energy is emitted from a known series of energies, and it is a stationary energy source, which has no frequencies and cannot be measured in hertz, such as electromagnetic waves.

This is a special and unique type of energy, only now, in the 21st century, we are beginning to understand the importance, the benefits, and all the opening opportunities for the practical application of scalar energy for humanity. 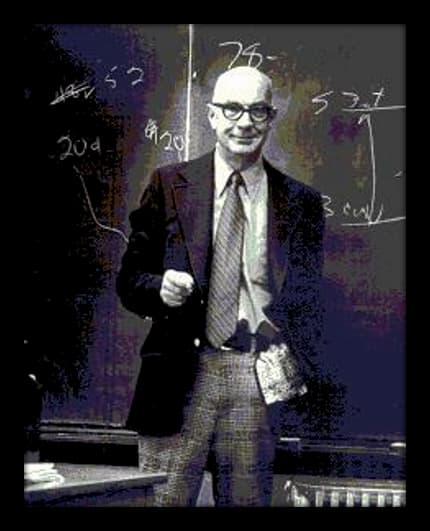 Hieronymus realized that scalar energy propagated through the ether and was capable of forming electrons, protons, and neutrons from the ether, which is, the primary substance in the universe. In the words of Hieronymus:

Such an element or compound can be disintegrated back into its components or units or even completely back into the Fine Media (ether) from whence it came.

Hieronymus deduced that scalar energy acted upon the ether, and was responsible for forming or assembling electrons, protons and neutrons the basic components of the atom. It is scalar energy that creates the informational input for ether to assemble thus subsequently calling into existence the atomic structure.

Hieronymus invented and developed scalar instruments that proved to be capable of disassembling physical objects such as pathogens, tumors, insects, poisons, etc.

Others, in turn, were able to independently replicate Hieronymus success by similarly disassembling unfavorable, physical forms with the same scalar energy instruments that he invented, manufactured and subsequently offered for sale. These propitious results served as an indication that Hieronymus scalar energy instruments were indeed capable and efficient in controlling physical matter to the benefit of mankind. 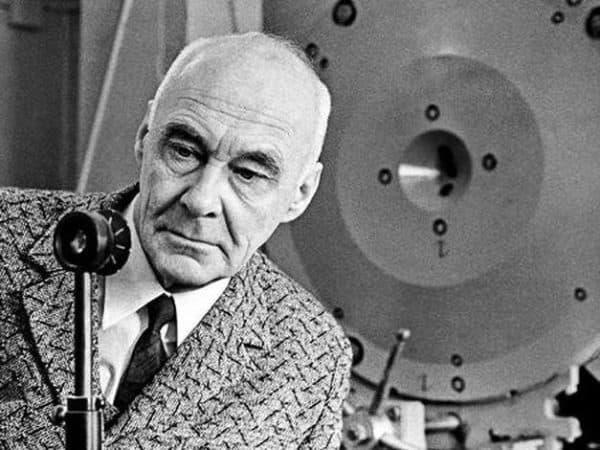 The Russian scalar energy researcher, Nikolai A. Kozyrev understood how scalar energy is such an integral part of the universe. For instance, Kozyrev discovered that scalar energy was a phi spiral or a double-helix phase conjugated wave and that this phi spiral was the natural and most efficient pattern for growth.

Specifically, scalar energy is a spiralling form of energy responsible for imparting the phi pattern upon all life forms. The progression of growth in the universe is a phi spiral or a Fibonacci spiral. Scalar energy is the Creative Strength, of the universe.

The phi spiral of scalar energy carries information, hence, scalar energy is intelligent energy. Every prayer, thought, emotion or physical action is a broadcast of scalar energy; hence, our spiritual, mental, emotional and physical state is to be attributed to scalar energy as the animating force responsible for all action. It is scalar energy, the Life Force, that gives life to the universe.

Throughout his illustrious career as a scalar energy scientist, Nikolai Kozyrev work and research lead him to formulate the following conclusions:

Eminent scalar energy scientists such as Nikolai Kozyrez have confirmed that scalar energy is indeed the Life Force of the universe and is responsible for creating a more perfect mental and emotional equilibrium in people.

Inspired by the great scientists that came before him and the founding fathers of this amazing field of study, Tom Paladino is continuing the research of Scalar Light and is the inventor of a device that can harness and transmit this energy.