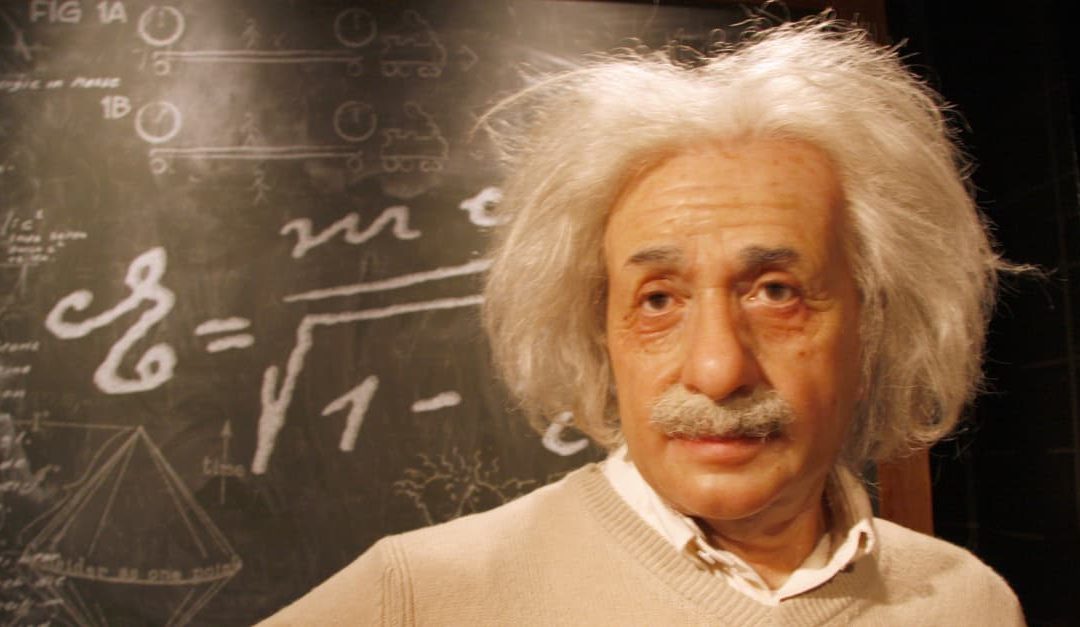 Ask someone to name a famous scientist, and the chances are they will say, Albert Einstein. Not only is he a household name, but his face is one of the most recognizable in human history. However, few of us know the story of his remarkable life and how he rose to the very top of his profession despite many obstacles.

Albert Einstein was born in the German Empire in 1879. His father was a salesman and the Einsteins were a typical middle-class Jewish family. As a child, Albert was slow to speak and his family were concerned about his abilities. He was sent to school and while he was passionate about music and played the violin, and appeared to enjoy science and math, he was an unhappy student. In 1894, at the age of 15, he left school without even graduating. Moving to Switzerland, he had to undertake additional study before he was accepted to a school in Zurich. It was here he made plans for a career teaching Mathematics and Physics and gained the qualifications he would need. He renounced his German citizenship and was officially stateless until 1901 after he had graduated when he was granted Swiss citizenship. During his student years, he met Mileva Maric. The two fell in love but Einsteins parents would not permit him to marry. It might be surprising to learn that Albert Einstein was actually a fairly average student. In fact, he struggled to get a position as a university teaching assistant.

After struggling to find work, Einstein got a job in the Swiss Patent Office in 1902, a job he held until 1909. During this time, he married Mileva and they had three children. It was actually during this time, in his first job, newly married and with young children, that Albert Einstein made some incredible contributions to the academic world.

In 1905, in a very short space of time, Albert Einstein produced a number of scientific papers that came to revolutionize the world of science. This became known as his miracle year. His papers tackled quantum theory, the existence of atoms, the theoretical physics of space and time and the nature of light; topics that were at the cutting edge of scientific investigation at the time.

It was his third paper produced during this time that Einstein introduced his Special Theory of Relativity and was the first to pen what is perhaps the most famous equation in the world.

The paper “On the Electrodynamics of Moving Bodies” delineates the principles of special relativity which deals with questions of objects as part of different coordination systems moving with constant speed relative to each other. It resulted in a new interpretation of the conception of space and time and relies on the constancy of the speed of light and the principle of relativity which postulates that it is impossible to determine motions in an absolute way. Shortly thereafter the paper “Does the Inertia of a Body Depend upon its Energy Content?” was published. It contains the famous equation E = m · c2 stating the equivalence of mass and energy.

From 1909 until 1932, Einstein lived in Berlin. He was employed in 1913 by the University of Berlin and became the director of the Kaiser Wilhelm Institute for Physics. He also embarked on a romantic affair with Elsa Lowenthal, who would later become his second wife. During this time, Einsteins theories were becoming more than just theories. Experiments in 1919 proved that he was correct in his hypotheses on how light and gravity interacted. His work gained worldwide attention, from both the academic science community and the general public. His work was not just ground-breaking, it was completely unprecedented.

Albert Einstein, who just a few years ago had struggled to be accepted as a student and then as a teacher, suddenly found himself very much in demand. People wanted to hear him speak, and he commanded huge audiences all over the world. While some of his work was controversial and unproven, he had excited the curiosity of the world. Einstein was awarded the Nobel Prize in 1921.

Mounting tensions in Germany in the early 1930s meant that Einstein was in a dangerous position. Not only was he Jewish, but he was also an advocate for peace with liberal political views. Just before the rise of the Nazis, Einstein travelled to the USA. While he was there, Adolf Hitler came to power in Germany and Einstein decided it was not safe for him to return. He settled in America and accepted a position at Princeton University. As the Second World War was erupting, he wrote to President Roosevelt to ask him to fund uranium development that would eventually lead to the Manhattan Project and the invention of the atomic bomb. While this development was based on Einsteins work, Albert himself was not part of the work to develop nuclear weapons; his politics were suspicious to the US and Einstein highlighted the danger of nuclear weaponry in the Russell-Einstein Manifesto.

Albert Einstein dedicated the rest of his life to finding a unified field theory a theory described by Britannica as an attempt to describe all fundamental forces and the relationships between elementary particles in terms of a single theoretical framework. He continued to receive attention and praise for his work, and in 1952 was even asked to become president of Israel, which he declined. He was still working on a unified theory at the time of his death in 1955. He had produced an incredible volume of work in his life, publishing over 300 papers in scientific fields and half this number again in other fields. He drew attention for his quiet wisdom and philosophy as well as his scientific genius, and in the years following his death, his theories were increasingly respected as technology developed which enabled many of his hypotheses to be proven. However, the search for a unified field theory still continues¦

Out yonder there was this huge world, which exists independently of us human beings and which stands before us like a great, eternal riddle, at least partially accessible to our inspection and thinking. The contemplation of this world beckoned like a liberation¦