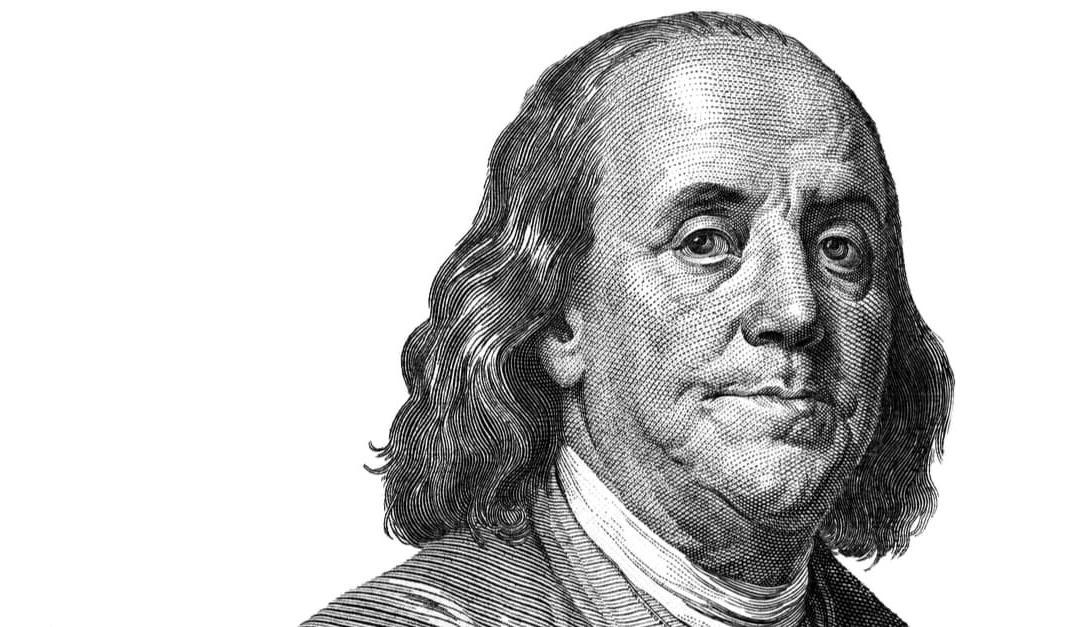 Born in Massachusetts in 1705, Benjamin Franklin is famous for being one of the founding fathers of the United States of America. As a matter of fact, he is often referred to as the Father of America or the First American because of how hard he worked to unite the American colonies during the 1700s. The life of Benjamin Franklin is an incredibly exciting tale of adventure, politics, scientific endeavor, and personal strength.

The Early Life of Benjamin Franklin

Benjamin was one of 17 children. He didnt receive much education as a child but appeared to have a natural love of reading that continued throughout his life. At the very young age of just ten, he began to work for his father making soap and candles, and then for his older brother, who was a printer. He was only just 17 years old when he left his brothers business, running away before he had completed his training and finding a job with a printer in Philadelphia. After a few years in the industry, he had the opportunity to travel to London. He worked in both London and Philadelphia, but it was not until he began publishing his own newspaper that he became a prominent voice in the political world.

During the Revolutionary War, Franklin became a diplomatic connection between the colonies and representatives of Englands King George III. It was Franklins idea to hold the First Continental Congress; this was a meeting of the American colonies that united them against the control of the English. Franklin was later made post-master general and was elected as a delegate for the Second Continental Congress. Benjamin Franklin co-wrote the Declaration of Independence.

Benjamin Franklin is often cited as prime example of a polymath someone who excels in several different disciplines or demonstrates a number of different talents. His abilities were truly exceptional not just in his day, but even by modern standards. He was a true Renaissance man; his philosophical ideas, writings, and innovative inventions were incredibly forward thinking. He was ahead of his time in his political thinking and scientific achievements and in his thoughts on society. He even gave many of his ideas away for free so people could benefit from them rather than patenting his designs to protect his intellectual property. In later life, he freed his slaves and went on to campaign against slavery. 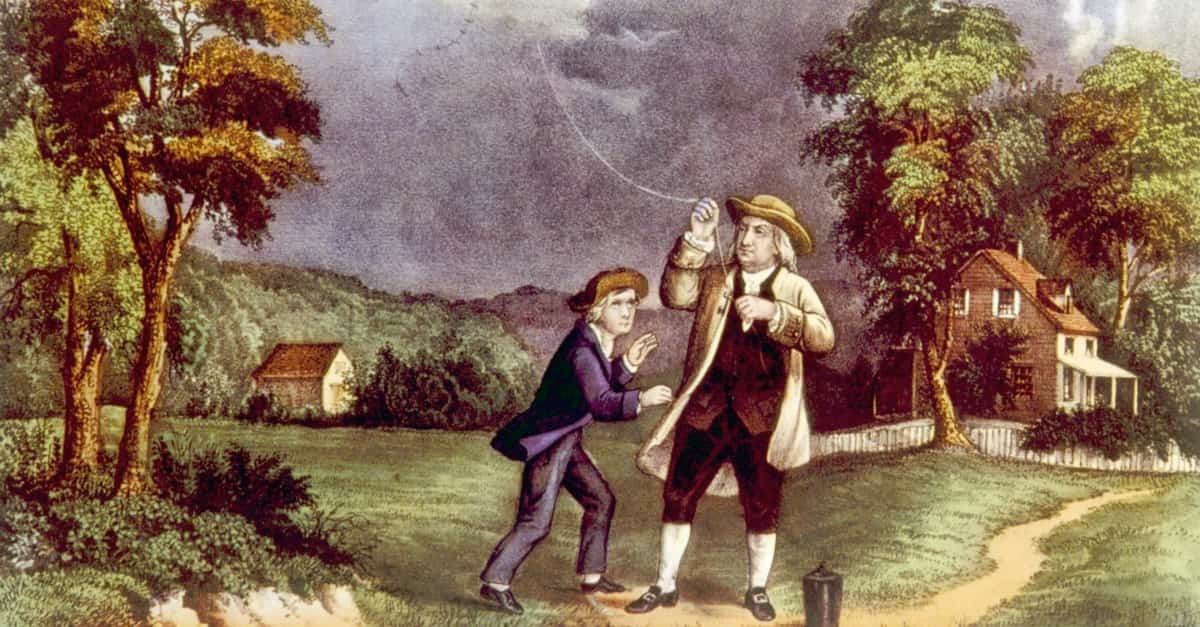 Benjamin Franklins most impressive scientific achievements were in the field of electricity. During the 1740s, he conducted extensive experiments into electricity, which was a new and poorly understood field of science. He is credited as the inventor of the lightning rod. This device is attached to a building or other structure to conduct electricity from lightning strikes safely away from the building to avoid damage from fire. This innovation has been widely used across the world since its invention and must have prevented immeasurable damage in the hundreds of years since Franklin made his discoveries on electricity.

One of the most famous science experiments ever conducted (pun intended!) was Benjamin Franklins famous kite experiment. As well as using kites to aid with transport through the use of traction kiting (where kites acted as sails to pull boats), he also used them to harness electricity. This was when it was first demonstrated that lightning bolts, which were previously unexplained, were, in fact, bolts of electricity. We may take this for granted now, but back then, this was a cutting-edge scientific discovery. In fact, many of the words we use when talking about electricity, including electric charge, conductor and battery, and the concept of positive and negative charges, were actually initiated by Franklin. He was passionate about finding a use for electricity that would benefit people in some way.

Benjamin Franklin was fascinated by the study of population, and he pioneered this field of study, investigating patterns and trends within society, which became later known as demography. He used his research to calculate population growth, which had implications for food supply and the political direction of America in its early days. He went beyond merely studying population growth and put his research into practical use to raise issues about how trade and food prices were controlled. He was very interested in how this affected people, especially the poorer in society.

Benjamin Franklin was well-traveled for his time, moving back and forth between England and America in his role as a politician and as Postmaster general. He became interested in aspects of geography, most notably in ocean currents. He worked with his cousin to investigate why different ships took different periods of time to make the crossing depending on the route they took. The cousins research led to the charting of the Gulf Stream, and while this important ocean current was already known, it had not been charted or named. The gulf stream is so crucial in charting weather patterns and ocean currents even today. Still, Franklins original work didnt make much impact, and it took a while before sailors actually used his ocean charts to save time and enjoy safer crossings. This also fed into his research into weather patterns and the study of prevailing winds. 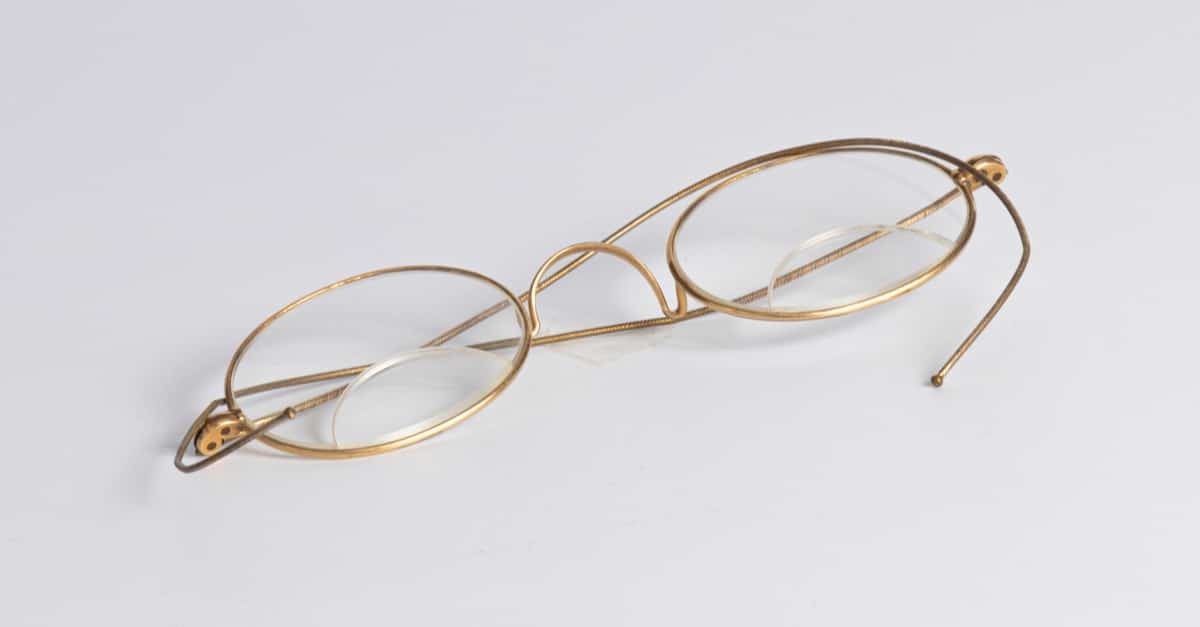 Benjamin Franklin had an incredibly inquisitive and insightful mind. His most notable inventions are as wide-ranging as bifocal lenses for glasses (which many people benefit from today), a flexible catheter, the Franklin stove (an efficient metal-lined fireplace), and even musical instruments. He was a lover of stringed instruments, playing the guitar, harp, and violin. Its no wonder with his talent, hard work, and dedication that Benjamin Franklin is revered as one of the founders of the America we know today. So next time you hear his name or see his face on a hundred-dollar bill, remember the incredible man behind the legacy. You can read more about the founding fathers and their contributions to society here.