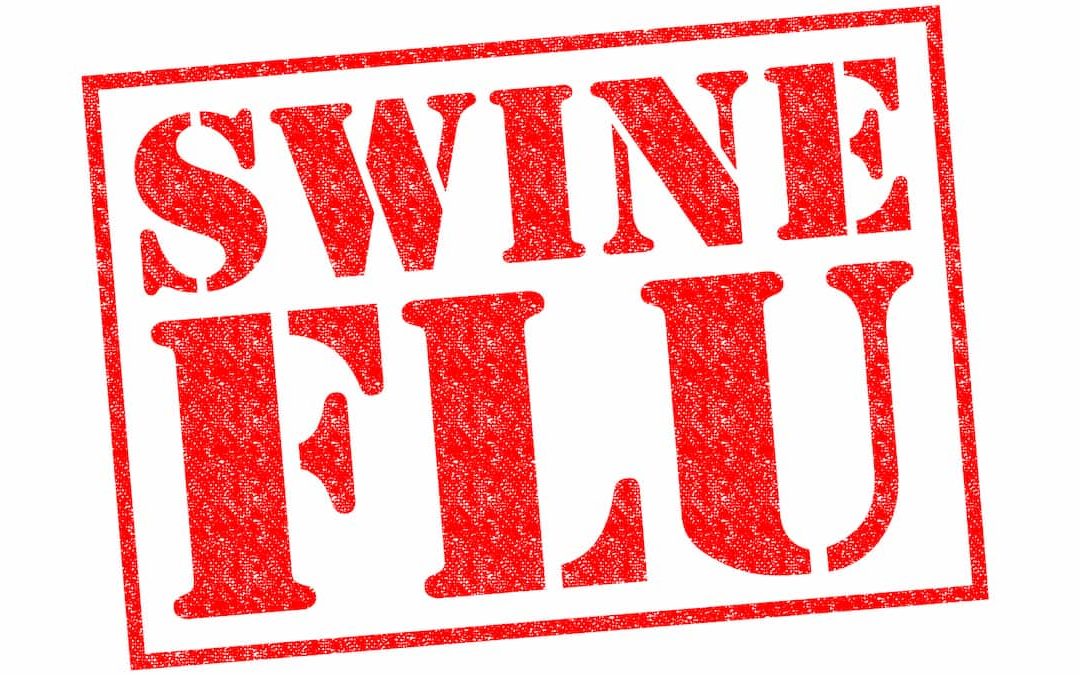 In 2009, a new form of influenza was identified. The disease spread across the world. The swine flu pandemic lasted for less than two years, but it was a very worrying time both for epidemiologists and for the general public. The World Health Organization declared a pandemic in June 2009 and declared an end to the pandemic the following year in August 2010. A pandemic simply means the worldwide spread of a disease, and before this can be declared, a number of criteria must be met. The World Health Organization states:

A true influenza pandemic occurs when almost simultaneous transmission takes place worldwide. In the case of pandemic influenza A(H1N1), widespread transmission was documented in both hemispheres between April and September 2009.

Why was it called Swine Flu? 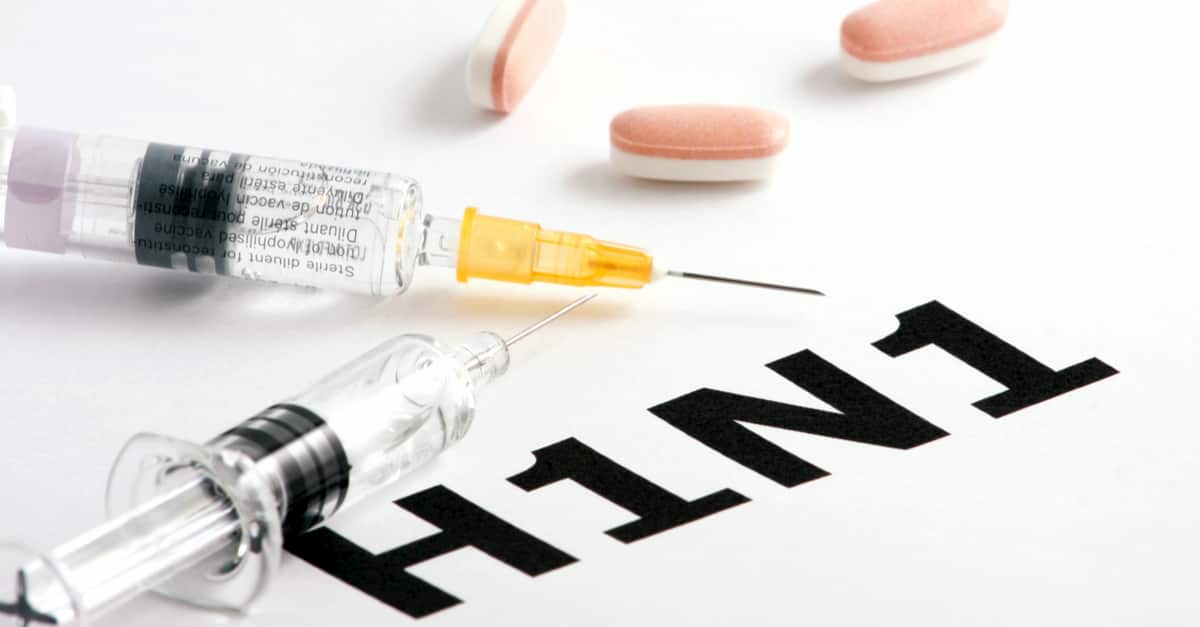 The swine flu pandemic got its name because it came from a mutated form of the H1N1 flu virus (A/H1N1pdm09), a known flu virus which combined with a form of flu found in pigs to form a new virus. Research has since been conducted into how the virus originated and how it then progressed to spread across the globe. It is believed the virus had been in the pig population in Mexico, where it crossed over into the human population. Mexico attempted to control the spread of the virus, but it spread into North America, and soon there were cases in multiple countries. 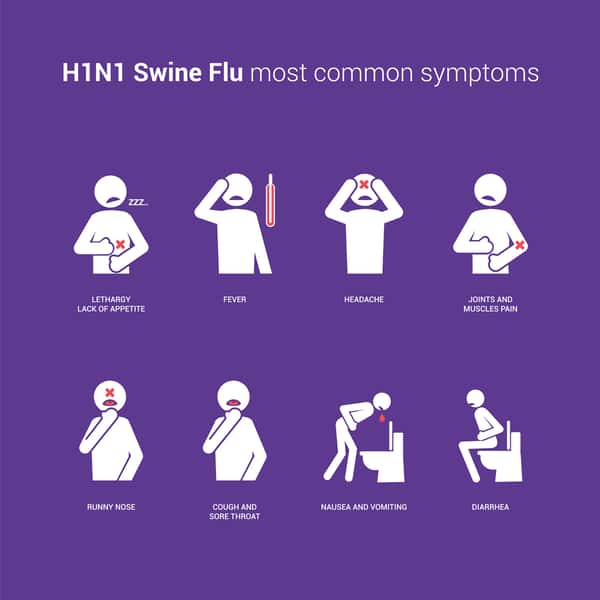 Swine flu is a respiratory disease. The virus which causes it is spread in particles released into the air when an infected person coughs or sneezes. It could also be transmitted via infected surfaces. The symptoms of swine flu that sufferers experienced included many of the usual symptoms that we all associate with seasonal influenza. Symptoms of H1N1 usually appear between one and three days after a person is infected with the virus.

For some people, swine flu is a mild, self-limiting condition that goes away in time with rest and treatment of symptoms. For others, antiviral treatment is required, and for some, the condition develops into pneumonia or acute respiratory distress syndrome. This requires hospitalization and more invasive treatments.

When news of swine flu first came to the attention of the world, there was a sense of panic. The H1N1 flu virus is similar to the virus that caused the Spanish Flu Pandemic in 1918-1920. During the first quarter of the 20th century, the Spanish flu infected 500 million people, which was approximately a third of the entire world population at that time. There were 50 million deaths, overshadowing even the horrendous death toll of the first world war, which had only just ended. When the swine flu pandemic arrived, epidemiologists warned that hundreds of millions of people could be infected or even over a billion people.

In reality, there were far fewer cases of swine flu than had been predicted. This was because many older people were already immune to the virus. The virus mostly infected people under 65, and it was more serious for those who were pregnant and those with underlying health conditions. Younger people who werent immune to the virus mostly experienced a mild to moderate illness. However, there were some deaths. While there were less than 20,000 lab-confirmed swine flu deaths reported to the World Health Organization, we know that there were many more cases. It is estimated that globally there were between 151,700 and 575,400 deaths from swine flu. The CDC, in the United States, has estimated that there were about 60.8 million cases of swine flu, and the swine flu pandemic caused around 12,469 deaths.

Treatment During the Pandemic

People received antiviral medication for swine flu, and people were given advice on how they should treat the symptoms of the illness to bring relief. People were also advised to isolate while suffering from the condition during the swine flu pandemic to avoid the spreading of the virus to other people. The seasonal flu vaccine, which protects people against a variety of different strains of influenza, now contains an effective vaccine against H1N1 strains.

Comparisons Between the Swine Flu Pandemic and the Covid19 Pandemic 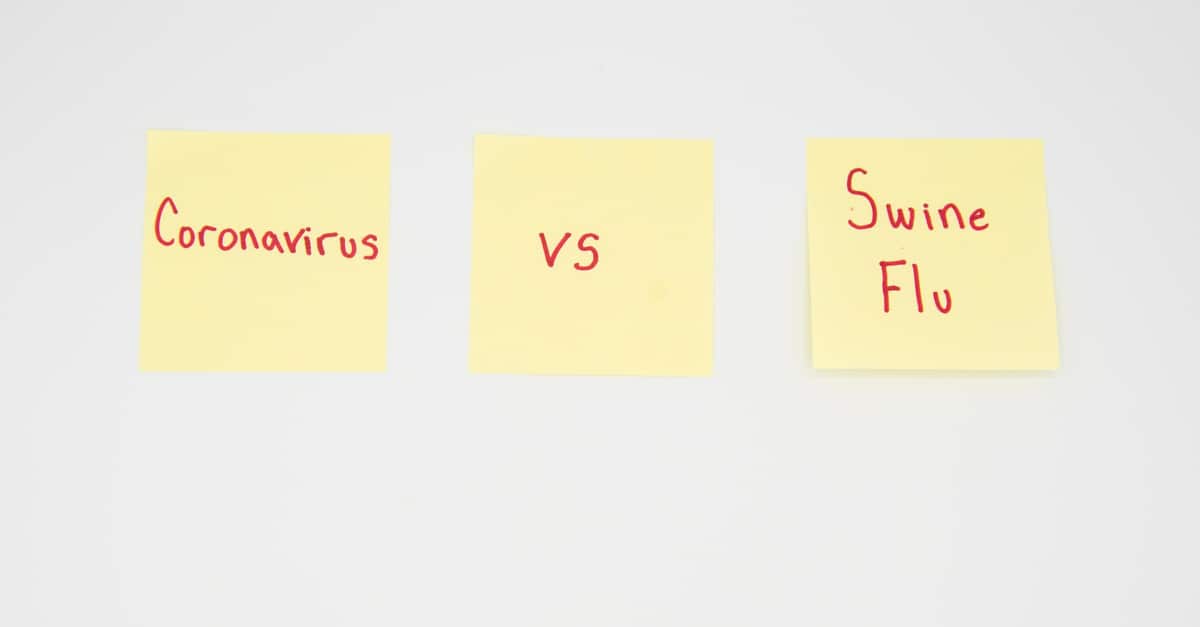 It is only natural that comparisons will be made between the swine flu pandemic of 2019/2010 and the Covid19 pandemic of 2020. They are both respiratory viruses, and most of us who are experiencing the Covid19 pandemic can remember when the swine flu pandemic hit. However, there are some key differences. Swine flu is less contagious than Covid19, for a start. As the data currently stands, Covid19 has a much higher mortality rate, making it a more dangerous virus. Swine flu was much more prevalent in younger people, whereas Covid19 affects older people more seriously, with younger people at a much lower risk.

During the global pandemic of 2020, many comparisons will be drawn between Covid19 and other illnesses. However, it is essential we remember that each virus while they may be similar have very different impacts on a population. Government responses to viruses depend on many things, including the virulence (how easy the virus spreads), the severity (how severe the illness is), and which demographics it affects most. The time of year is also an important consideration, as seasonal flu and other respiratory conditions are more prevalent during the winter months. While previous epidemics can help us to prepare and be aware, they cannot predict the pattern that another viral pandemic might follow.