What are Electromagnetic Waves? 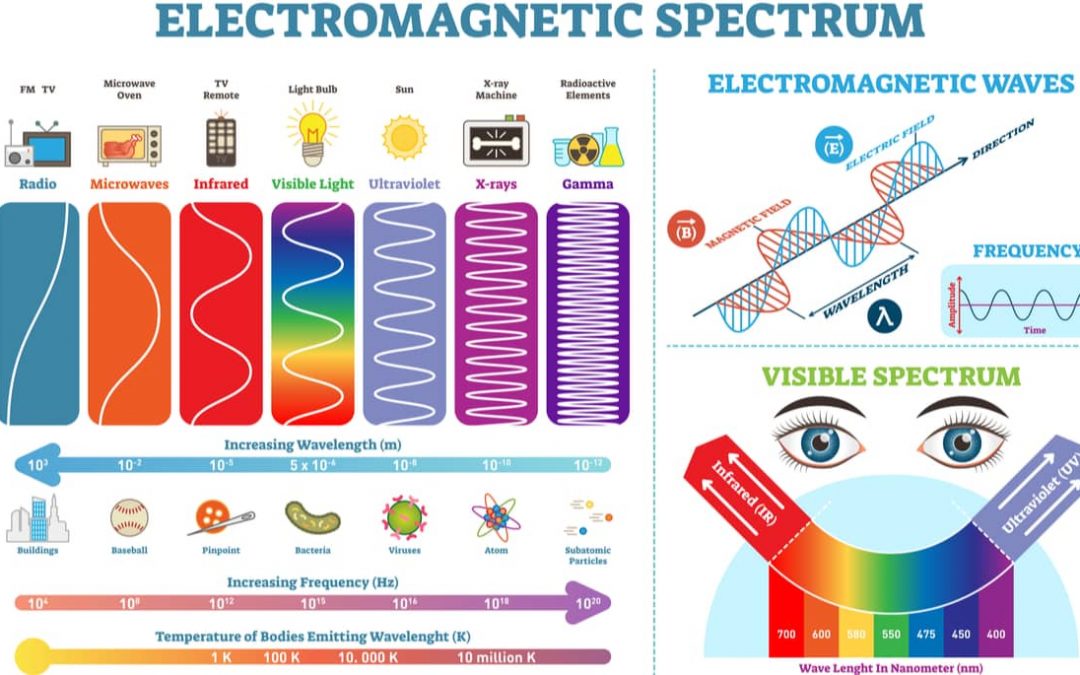 In his theory of relativity, Albert Einstein came up with the theoretical solution that explains the constancy of the speed of light, which since the 17th General Conference on Weights and Measures in 1983 it was agreed to set 299,792,458 m / sec. However, usually it is said that it is 300,000 km/sec. These waves make up electromagnetic radiation; it is a combination of oscillating electric and magnetic fields, which propagate through space transporting energy from one place to another.

Parts of an Electromagnetic Wave

There are also two other interesting facts:

How Do We Differentiate Them?

We use frequency to recognize them (remember the number of times the wave is repeated). The higher a frequency is, the shorter its wavelength. They can be ordered in a spectrum that ranges from very high-frequency waves (small wavelengths) to very low frequencies (high wavelengths). The electromagnetic spectrum is composed of gamma rays, X-rays, ultraviolet radiation, visible light, infrared rays, microwaves, and radio waves.