What Is Quantum Entanglement? 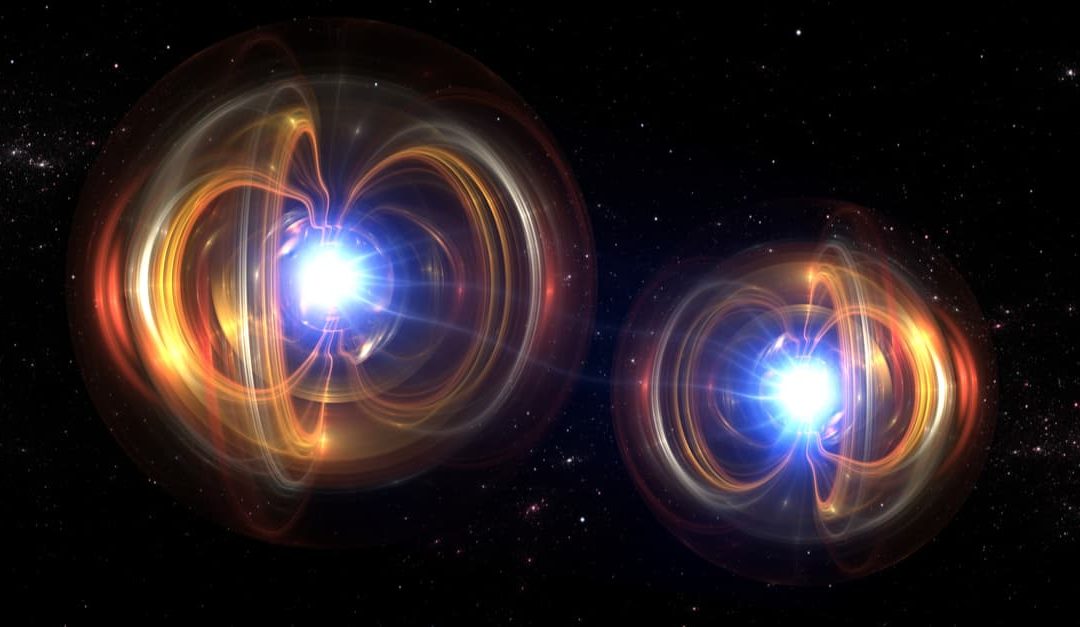 Quantum entanglement happens when a pair or group of particles is generated, interact, or share spatial proximity in a way such that the quantum state of each particle of the pair or group cannot be described independently of the state of the others, including when the particles are separated by a large distance. Between Classical and Quantum Physics, this entanglement presents a core problem with reconciling the two parts of the Physics discipline.  Classical Mechanics does not have a comparable theory that speaks to particles or groups of particles remaining in a relationship with each other that is independent.

Physical behaviours of particles may be divided into different actions or states such as momentum, spin, and position.  The polarization of particles can also be entangled and the poles of particles remain related to each other over distances.  We see in Quantum Mechanics that if a pair of particles is entangled, if one particle is spinning clockwise on its axis, then no matter the distance or position of the other particle, the other will spin counter-clockwise.  However, one of the paradoxes of Quantum Physics shows that by measuring a particle with regard to position, spin, or movement is basically impossible, and that by trying to measure in any way, the entire system of particles as a whole, is affected, and thereby the entire state of the particles will change.

Einstein and other physicists dedicated much time to the study of such phenomena throughout his career and along with other physicists in 1935, found that that entanglement was impossible due to the paradox. He called the behavior spooky action at a distance, further arguing that the whole of Quantum Mechanics itself was incomplete as a result.

In subsequent years, however, entanglement proved factual.  A phenomenon known as Bells Inequality was called into question when the spin and polarization of particles were shown to remain entangled at a distance, via experiments.  Some physicists argued that the results of tests were problematic due to Bells Inequality violations.  However, later experiments demonstrated that even at communication speeds equalling the speed of light, communication between the particles was faster, thereby removing Bells Inequality as a consequence.

Demonstrations of Entanglement in Light 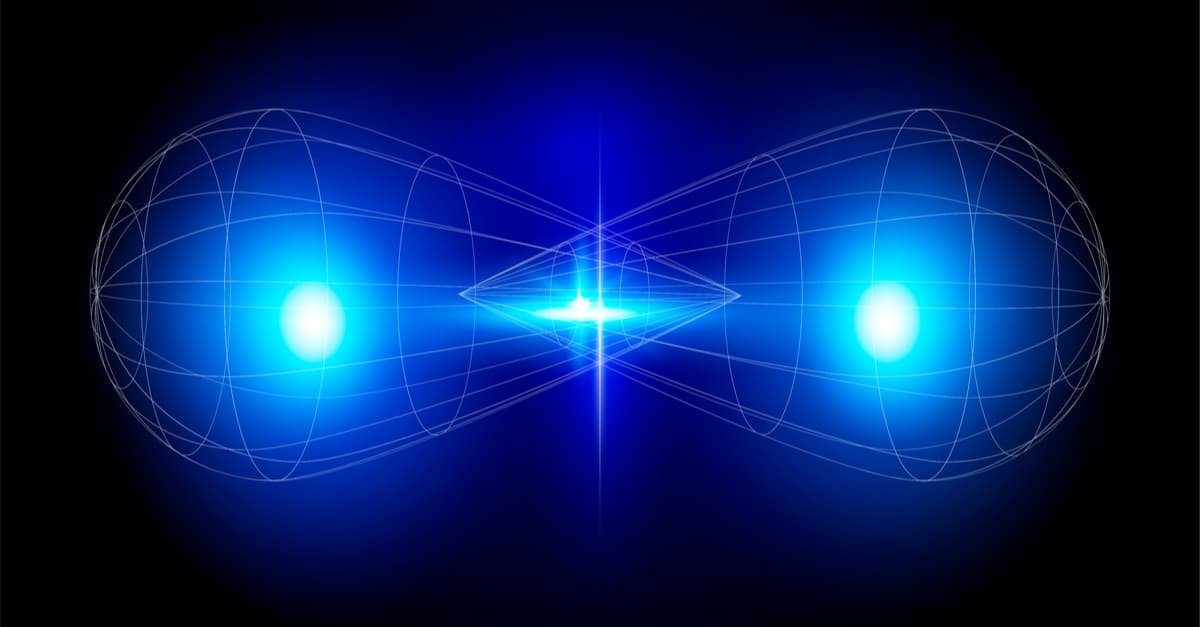 Quantum entanglement has been demonstrated experimentally with light or photons.  The utilization of entanglement in communication, computation and quantum radar is a very active area of research and development.

In such experiments, photons are not thought of as separated or individual. When photons are entangled, one photon cannot be fully described without factoring in its relationship to its partner photon or group of photons.

Quantum groups may be entangled through a myriad of interactions. They may even be thought of as becoming entangled during the period of the early universe, shortly after the Big Bang.  These particles remain in relationship until an attempt to measure them is made.  They affect each other continually and each behavior by one particle is mirrored by the other.  Even when particles decay into other particles, the so-called daughter particles remain entangled.  To put it into physics terminology, a pair of particles whose spin is zero, will decay into particles whose spin is one-half, but related insofar as counter and clockwise spins.

One such way to explain this is as follows The special property of entanglement can be better observed if we separate the said two particles. Let’s put one of them in the White House in Washington and the other in Buckingham Palace (think about this as a thought experiment, not an actual one). Now, if we measure a particular characteristic of one of these particles (say, for example, spin), get a result, and then measure the other particle using the same criterion (spin along the same axis), we find that the result of the measurement of the second particle will match (in a complementary sense) the result of the measurement of the first particle, in that they will be opposite in their values. 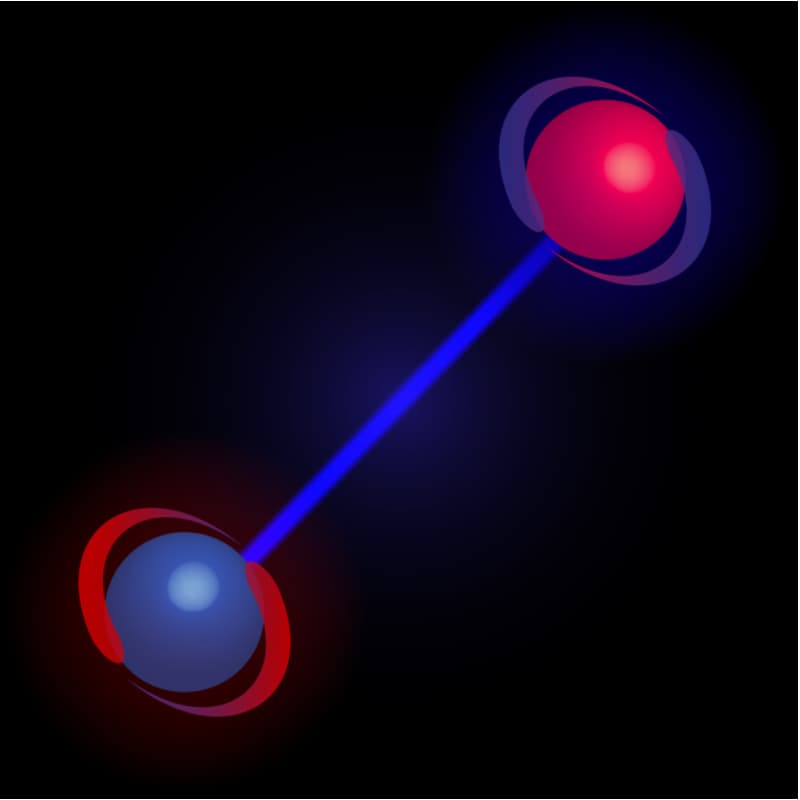