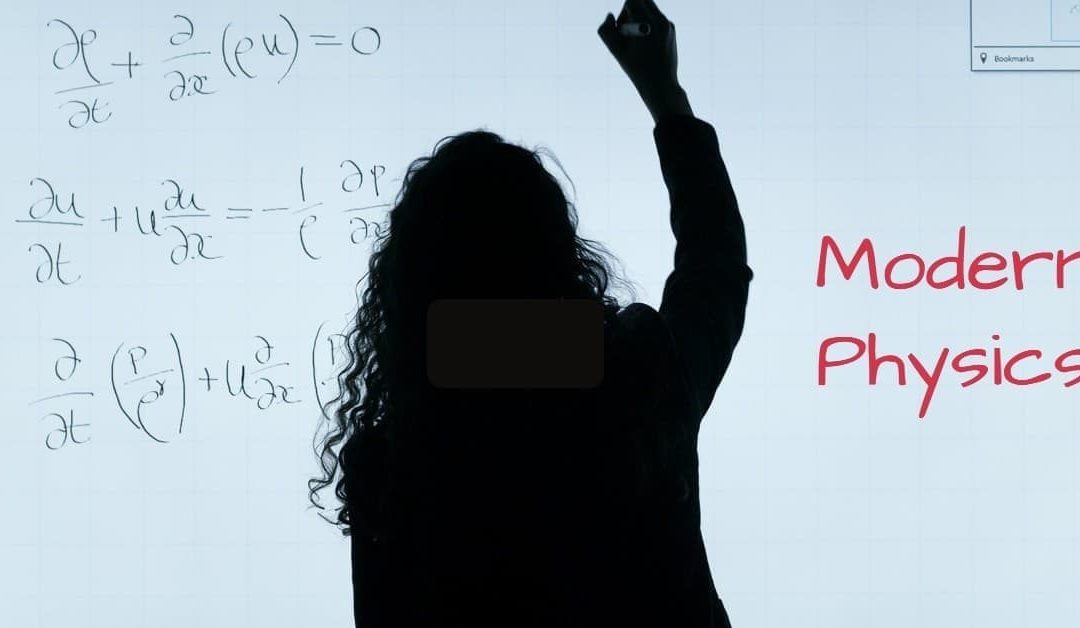 Modern Physics – Leaders in Their Field

For modern physics to exist today, many things had to happen. There are essential people in this matter who made significant contributions. Here we present the five crucial characters in modern physics (in no specific order): 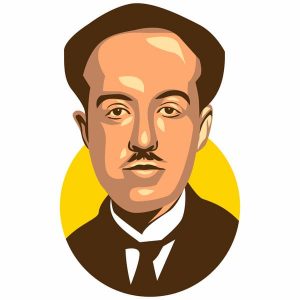 Louis Victor Pierre Raymond duc de Broglie – Louis de Broglie was born on August 15, 1892, in Dieppe, France. He died on March 19, 1987, in Paris, France. De Broglie achieved his recognition in the world of modern physics for the advocacy he describes in his theory of the particle-wave duality of matter. In his 1924 doctoral thesis, he proposed this theory by supporting the wave nature of the electron, based on the work of Einstein and Planck.

SchrÃ¶dinger later used de Broglie’s wave theory of electron matter to develop wave mechanics. In 1929 the Nobel Prize was awarded to de Broglie. He wrote many widely recognized works, including those that demonstrate his interest in the philosophical implications of modern physics, matter, and light.

The central question in de Broglie’s life was whether the statistical nature of atomic physics shows an ignorance of the underlying theory or are statistics is all that can be known. He believed the former for most of his life, but as a young researcher, he considered that statistics concealed our ignorance. However, in his maturity as a scientist, he surprisingly returned to his youthful vision, pointing out that statistical theories hide a fully resolved and ascertainable reality behind the variables that our experimental techniques elude. 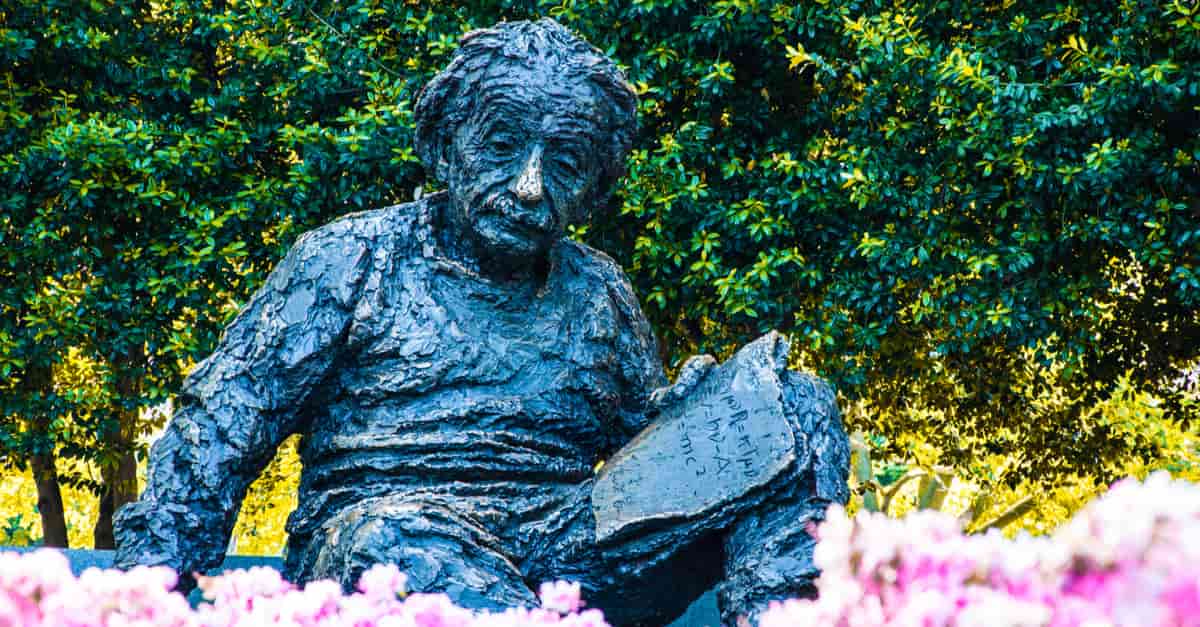 Albert Einstein – Born March 14, 1879, in Ulm, Germany, he died April 18, 1955, in Princeton, United States. Shy and withdrawn, with language difficulties and slow to learn in his early school years. Passionate about equations, whose initial learning he owed to his uncle Jakov who instructed him in a series of disciplines and subjects, including algebra. Endowed with an exquisite sensitivity that he displayed in learning the violin, Albert Einstein was the man destined to integrate and project, in a new theoretical conception, the knowledge that many previous men of science prepared with diligence and greatness.

Albert Einstein was awarded the Nobel Prize for Physics in 1921 for his research on the photoelectric effect and his significant contributions in the field of modern theoretical physics. Einstein wrote numerous popular articles for scientific journals, lectured which they transcribed, and some books. The most prominent titles: Electrodynamics of Moving Bodies, Foundations of the Theory of General Relativity, On the Theory of the Unified Field, My Ideas and Opinions; Physics, The Adventure of Thought, this last work written in collaboration with Leopold Infeld.

Einstein was a scientist who left his preeminence, until now, without checks. Outstanding and with the same physical intuition as Newton, but with a likable character. A visionary like Kepler, but who always knew how to stay grounded on Earth. Like Newton, he received all the honors and respect that such an exceptional genius deserves during his lifetime. 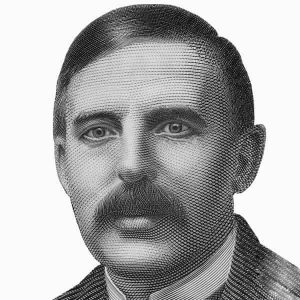 Ernest Rutherford – Born on August 30, 1871, in Nelson, New Zealand, he died on October 19, 1937, in Cambridge, England. Ernest Rutherford was one of the guiding spirits of the expedition to atomic structure, whose long career as a researcher provided one significant discovery after another. In the laboratory, where funds were limited and ingenuity was required, Rutherford consistently demonstrated a tireless ability to choose problems that would lead to important answers and then to assemble inexpensive and sometimes homemade experimental equipment to achieve these answers. He made significant advances in modern physics.

He completed his first higher studies at the Canterbury College of the University of New Zealand, where he graduated in mathematics and physics in 1893. In his first research work, he developed a radio wave detector based on iron’s magnetic properties. The Nobel Prize in chemistry was awarded to Rutherford in 1908. In 1931 he was appointed the first Baron of Nelson, which gave him the right to sit in the House of Lords. He died on October 19, 1937. His ashes rest in Westminster Abbey, along with those of Sir Isaac Newton and Lord Kelvin. 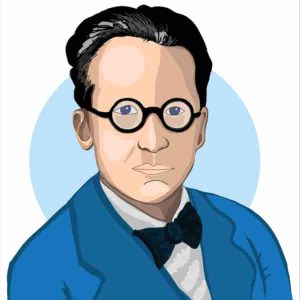 Erwin SchrÃ¶dinger – Born on August 12, 1887, in Erdberg, Vienna, Austria, he died on January 4, 1961, in Vienna, Austria. He was a physicist who invented wave mechanics in 1926 and who was formulated independently of quantum mechanics. Like the latter, wave mechanics mathematically describe the behavior of electrons and atoms. But its core equation, known as the SchrÃ¶dinger equation, is characterized by its simplicity and precision in delivering solutions to problems investigated by modern physics.

The SchrÃ¶dinger equation’s formulation was the product of the dissatisfaction that its creator experienced with the quantum conditioning that Bohr’s orbital theory entails and his belief that atomic spectra interpret their frequency and their intensity. For this work, SchrÃ¶dinger shared the 1933 Nobel Prize in Physics with Dirac.

Throughout his scientific career and personal life, SchrÃ¶dinger never tried to achieve a specific goal or embark on long-term projects. Furthermore, he was not happy to work together with others, even if it was his disciples.

His unconventional life is illustrated by the fact that he always carried his belongings in a backpack that he carried on his back and walked from the station to the hotel, even when attending Solvay conferences in Brussels. SchrÃ¶dinger, when retiring from active life, returned to Vienna, where he enjoyed a deserved respectability. He died on January 4, 1961, after suffering a long illness. He was survived by his widow and faithful companion, Annemarie Bertel, whom he had married in 1920. 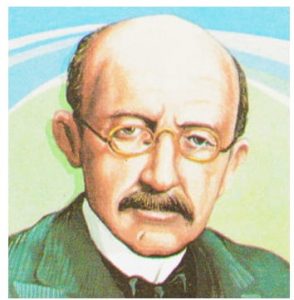 Max Planck – Born on April 23, 1858, in Kiel, Schleswig-Holstein, Germany. Died on October 4, 1947, in GÃ¶ttingen, Germany. Max Karl Ernst Ludwig Planck, German physicist, Nobel laureate, considered the creator of quantum theory, of whom Albert Einstein said: “He was a man who was given to bring to the world a great creative idea.” From that creative idea was born modern physics, which tries to know if “God plays dice or not” if chance exists or not.

As is often the case, Planck’s first intellectual inclinations were not oriented towards science but rather towards philology and music. Still, his professor Hermann MÃ¼ller, from the Maximilian Gymnasium in Munich, made him give up his hobbies. Among his most important works are Introduction to Theoretical Physics (5 volumes, 1932-1933) and Philosophy of Physics (1936).