The History and Meanings of Sacred Geometry 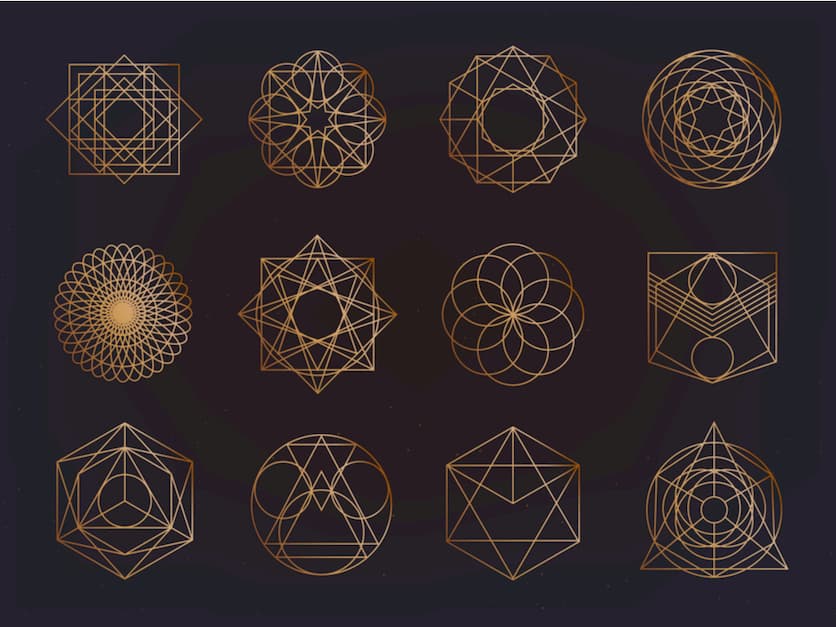 Sacred geometry is the name for particular geometric symbols, sacred meanings, and proportions that are all around us and are often connected to religion with a strong belief that there is a God who is the geometer of the world. Many people believe sacred geometry is actually an ancient science that looks into and explains how every natural pattern and movement can be related back to a geometric shape. Although sacred geometry can be traced back to Egypt around 2000 BCE1001 BCE, more serious studies found it starting in ancient Greece. The studies continue. 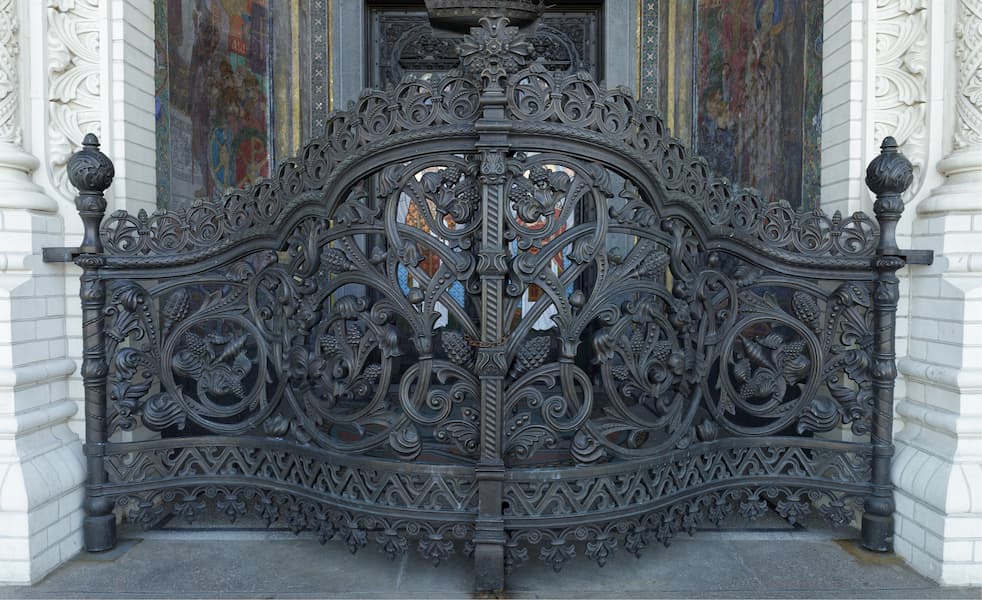 Many people believe that the geometry found within churches, temples, and other religious structures are sacred. This is also the case with village greens, land originally cut off for kings and queens, woods, forests, and what started the creation of religious art.

In Islam, you will find geometric patterns are usually formed with simple circles and squares, often repeated, overlapped, and intertwined to create complicated and intricate designs. These patterns are used in the Quran, mosques, and found throughout Islamic art and architecture. This can also be seen within other religions such as Christianity. Medieval cathedrals and churches in Europe were built with the geometric intention that those around would see the world through mathematics, which would then lead to a better understanding of the divine (providence of God). These usually featured Latin Cross floor-plans. It is believed that at the start of the renaissance, people changed their views and became fond of simpler shapes such as the circle because the circle, in particular, represented nature and the greatest importance of man in the universe.

Do you ever question why we are so drawn and connected to geometric shapes? It is fair to say that symbols are powerful. There are so many symbols, many we may not even notice during our everyday lives, such as:

The Flower of Life:

The flower is made up of several symmetrical circles overlapping and is known as one of the oldest symbols. The flower of life symbol is believed to be the symbol of the divine, a visual expression of your life and your consciousness. This symbol has been seen in several sacred areas around the world, including places like the Forbidden City, Egypt, and China. 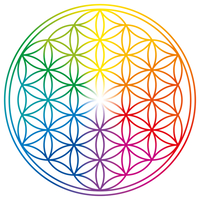 The Seed of Life:

The seed of life which can be seen at the heart of depictions of the flower of life. Surrounding the seed are polygon circles, which some people believe represents femininity. To others, it can be seen as the symbol for the 7’s: the seven chakras, seven circles, seven days, and seven musical notes. 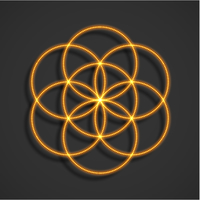 Hamsa is seen a lot in modern-day jewelry and ancient art. Hamsa is a symbol with a hand and an eye in the center of the palm. This symbol is said to represent the hand of God and bring protection and luck to those who wear it. Hamsa can also be known as Khamsa and can be dated back to 1550 330 BCE and is sacred in Jewish and Islamic traditions. The eye is placed in the center of the hand to ward off evil. 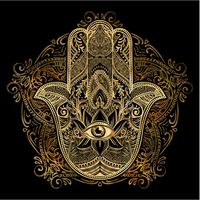 The Tree of Life:

The tree can be found in almost every religion known to man. This is another symbol that is often found in jewelry and can be dated back to ancient Egypt around 3,000 years ago. Everyone at least once during their life will most likely come across this symbol, as it is rather popular. In Washington, D.C., The National Mall is even shaped exactly like the tree of life. It is believed the tree of life portrays man’s divine unity with the world and can be understood as a map of the human mind. 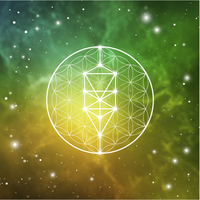 Piscis Eye Trinity: This symbol represents moon cycles such as waxing, full, and waning. The Piscis symbol is made up of three circles that are also part of the Vesica Pisces symbol. The all-seeing eye, as it is known, to those who are aware of it, is powerful, ancient, and sacred to neopagan and goddess traditions.Vesica Pisces is a symbol that may be known quite well to us from school, the ‘Venn diagram.’ However, it has a far more powerful meaning behind it than just similarities and differencesanother symbol of overlapping circles representing unity and the connection between the spiritual and the physical world. Within the center of this symbol, you will find a fish, which has been adopted by Christianity and is now a sacred symbol for Jesus Christ. The fish symbol can now be found throughout churches all over the world. 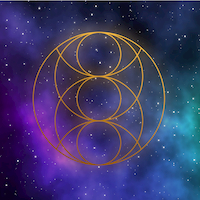 The pentagram is also known as the five-pointed star; it is said to date back thousands of years and can be seen through several different religions, cultures, and practices to date. Today it is more commonly associated with Wicca. The five points of the star tend to be used to represent the five senses, the five wounds of Christ, or even the human body ( as in DaVinci’s Vitruvian Man). 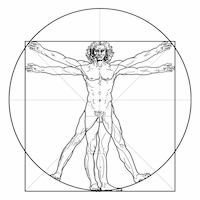 The hexagram is a six-pointed star or the star of David, as some may know it. The hexagram can be associated with the heart chakra, but it has been used for centuries in sacred traditions and can be found going as far back as King Soloman in the old testament. It symbolizes a meditative state in magical ceremonies in occult practices and Hinduism. 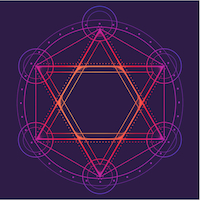 You can find out more about Geometry symbols, meanings, and how to use them to cleanse chakras and other benefits here.